What's on your mind?

I thought it was really good. Cletus Kasady was a great villian, and the post credits scene was amazing

Does it have a place on this wiki? There was only one episode, a pilot which was only 30 minutes long. It wasn't tied into any universe (Netflix series to MCU), it wasn't a TV movie. Comment below if you think it belongs here or not and why.

Fandom is currently celebrating Hispanic Heritage Month, and I'm very excited to share a few things that are going on. Keep reading to find out more!

The Hispanic Heritage Month is currently an observance period in the United States for recognizing the contributions and influence of the Hispanic Americans to their history, culture and achievements.

Our celebration is from September 15 to October 15, and Fandom is extending the initiative to include all Hispanic people, people with Hispanic ancestors, or simply anyone with some relation with the Hispanic culture over the world.

To find out more about all of this, make sure to check out this blog post with more information. (And make sure to comment there if you want to get involved!)

As to how this relates to the Marvel Movies Wiki - Miles Morales (from Into the Spider-Verse) is one of the Hispanic characters featured in the above blog :P

His page (and any others you may find for Hispanic characters) may get a bump in views, so if you're willing to contribute to them in some way, please do! This is happening across various other wikis - all part of the celebration :)

For those of you wanting to chat and coordinate efforts around this, we also have a Discord server specific for this - you can use this invite link to enter.

(As a final note, Fandom is also organizing a video roundtable at some point before Oct 15th. If you're interested in participating or observing, join the Discord server linked above for the most up-to-date details on when and where this might be taking place - or message me for more info!)

There said be voters; regarding whether or not the category pages i am referring to still exist or be deleted.

There's conflicting views about whether Helstrom is in the MCU or not.

Please comment below stating if you vote we keep it as part of the MCU or separate it and your reasoning for your decision.

I'll give three days and then the side with the most votes will be acknowledged and we will make the decision based on that.

Earth-199999 the actual universe that every article in the Marvel Cinematic Universe is from; so it should be renamed to "Category:Earth-199999 locations" on the Marvel Movies Wiki.

the Marvel Cinematic Universe is only a shared fictional universe that is the setting of the superhero's tv series and films from the Earth-199999 universe; but it is not the actual itself universe.

According to the Marvel Database Wiki; the actual universe of the Marvel Cinematic Universe is "Earth-199999"; so the category page's name should be spelled as "Category:Earth-199999 Locations".

Just for fun I tried to chart out what we might see from the MCU over the next decade or so. Some projects are confirmed, some rumored, some follow a natural progression and feature some of the best known and most popular story arcs. To be realistic, I limited myself to four feature films and six Disney+ series every year NOT counting anything that might emerge from the Spider-verse, including future Spider-Man films.

I tried to keep in mind to account how long various actors could or would be willing to keep up with their franchises and tried to keep any trilogies inside of a ten year window (movies in the same franchise recurring every 3 years or so). I wanted TV shows to be spun off of feature films when possible and to support them when not. Looking at the slate of what they have available, I just don't see how they are going to be able to get it all in.

Here's the list I came up with. It's not meant to be definitive or even prophetical, any other list would likely be just as (in)accurate, but we need some place to start.

Shang Chi & the Legend of the Ten Rings

I am Groot (D+ series, animated)

Guardians of the Galaxy, Vol. III

The New Guardians of the Galaxy

Into the Savage Land (D+ series)

Again, this is without any of the Spider-verse movies - which obviously there will be. It's also limiting a number of Disney+ shows that may have multiple seasons beyond what is shown here. Having listed all that, I'm still left with any number of major storylines and potential movies or series left unmade - for instance:

X-Men 5: Days of Future Past

The New Guardians of the Galaxy, Vol. 2

The New Guardians of the Galaxy, Vol. 3

Obviously we can't wait ANOTHER 10 years for those films, as many of the actors will simply age out of their roles... and I would find it hard to believe that Feige or Marvel would be able to manage more than 4 films and 6 Disney+ series a year. Depending on number of episodes, that level of production would result in a new Marvel product coming out on streaming or in theaters almost every week (40-50 weeks a year) - again, not even counting the Spider-verse properties. Honestly, I'm not sure I'd want them to produce any more than that, continuity would become almost impossible to manage and quality would inevitably take a dip.

What do you think - what gets made and what doesn't? I'm sure I couldn't have possibly listed all the other ideas the Marvel braintrust will come up with (who saw the Echo series coming?). How would you manage this? What would you bump and what would you give priority to?

So Captain America: Civil War was a very bad movie with a poorly made story. I think we can all agree with that. But after rewatching the movie, I do have one question. What does Zemo, the main mysterious “villain” in the movie, have to do with the MCU? I mean, he didn’t go to jail, he doesn’t show up again, like, ever. And what is his motivation? Why does he hate the Avengers? What does he want with them?

If anyone has the answers to any of my never-ending questions, that would be greatly appreciated. Thanks! 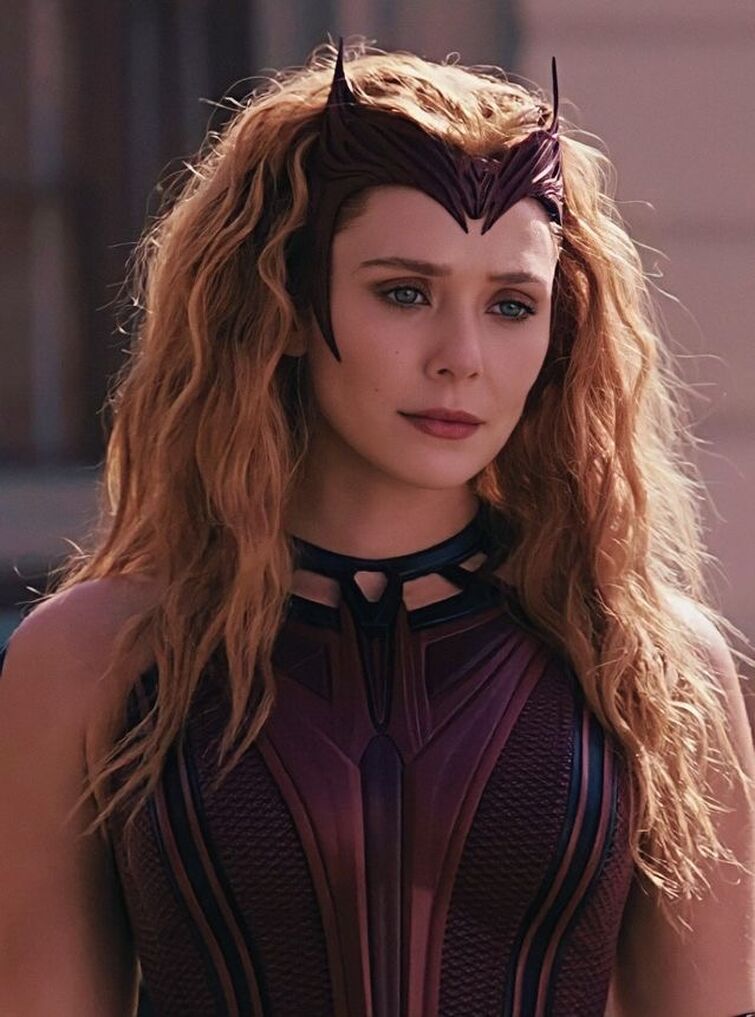 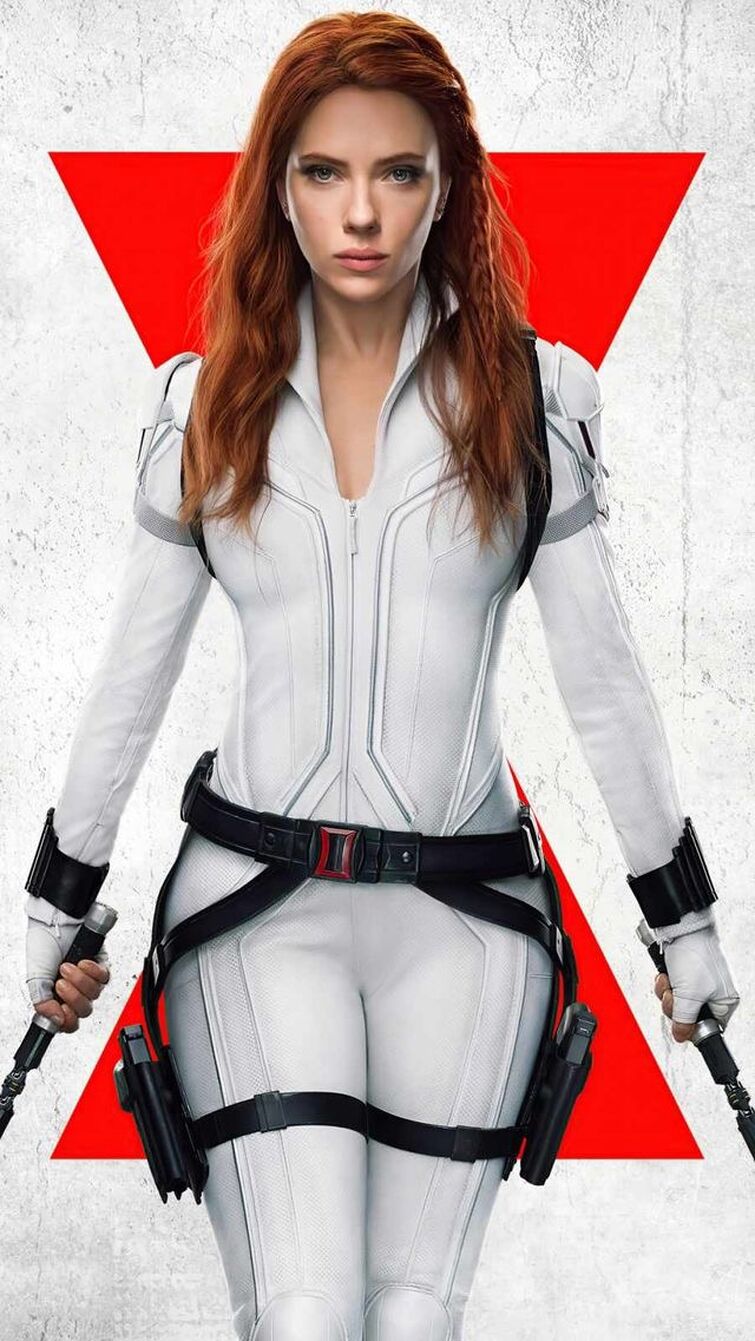 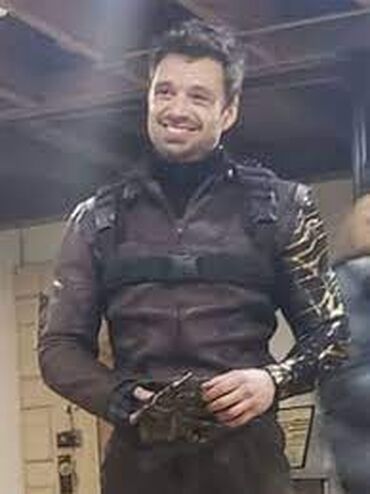 would you be Bucky Barnes 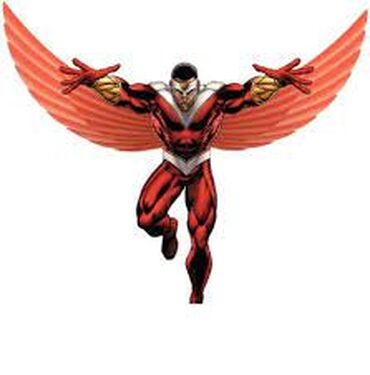 would you be the Falcon / new Captain America

Now of course we have an idea about most of Phase 4, but I wanted to discuss beyond and a recent video of Kevin Feige gave me all the proof that the merger between the MCU and SUMC is false. This poster in Feige's office proves it he wants what we all want a complete Marvel Universe because there was a point when no one but Marvel owned their characters. Now the good news as we know they are close to a full universe thanks to recent required characters in the past few years and of course the big acquisition of Fox and that leaves all but one studio left Sony and right now it looks like they are going to be next not through a Disney buyout but a buyout from someone else (Apple) and when that day comes we can wake up knowing that Marvel Studios will finally have all characters at the their disposal. Also sorry for the lengthy first post I couldn't get some people at MCU Wiki to agree with me for some reason. Even though it's a Marvel Cinematic Universe Wiki. Anyways let me know what you guys think. 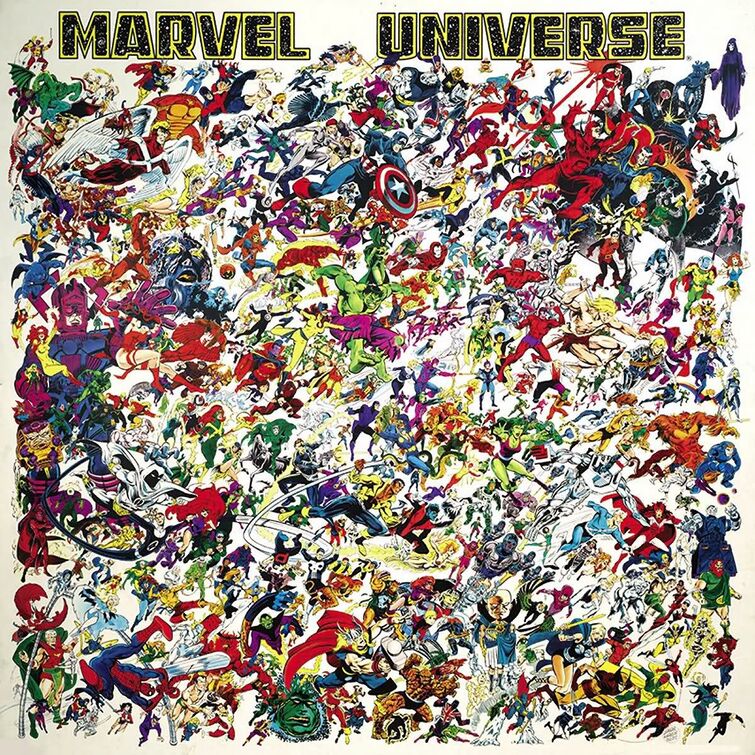 This Friday, May 28th, Fandom Staff will be hosting the very first event of a series called The Downstream.

This is a Twitch stream that will give updates on FandomDesktop, the Fandom brand, and Fanatical, along with conversations with various company teams.

Check this blog post for the details if you want to join us. Hope we'll see you there! :)