"Deals With Our Devils"
"The Good Samaritan" is the sixth episode of the fourth season of Agents of S.H.I.E.L.D..

The shocking origin story of Robbie's transition into Ghost Rider is revealed as the lives of Coulson and the team hang in the balance.

Some time ago, the scientists at Momentum Energy Lab have a breakthrough with their matter-generating machine. The breakthrough is due to a new, cube-shaped device Joseph Bauer designed the same cube that would later contain the ghosts of Lucy Bauer and the other scientists. While the rest celebrate their success, Eli Morrow shares his concerns about how the device seemingly defied the laws of physics with Lucy. To alleviate those concerns, the Bauers show Eli the Darkhold, which helped them design the box. In the present day, Melinda May and a team of S.H.I.E.L.D. agents raid the abandoned lab, finding the agents they left behind to secure the place slaughtered by Lucy Bauer's ghost.

The S.H.I.E.L.D. team continues following Lucy Bauer and Eli Morrow's trail after picking up Robbie Reyes' brother Gabe in Los Angeles. Gabe has begun to piece together his brother's secret, but wrongly comes to the conclusion that Robbie is a secret agent working for S.H.I.E.L.D. Robbie and Daisy run with Gabe's story rather than tell him the truth about his brother's activities as the Ghost Rider. They explain to Gabe he is in S.H.I.E.L.D. custody to protect him from the person who snatched his uncle Eli out of prison, but again do not tell him the whole truth of what might come after him. Elsewhere, at another lab, Eli Morrow reads from the Darkhold, learning how the previous experiment failed even though Lucy insists it was sabotaged. Eli points out that even if her husband had completed the experiment they wouldn't have had enough power to do it right. He realizes Lucy wants him to run the experiment again despite the risks to make her corporeal again. If it fails this time, thousands of lives will be lost.

Coulson gets word that a quinjet is approaching the Zephyr. Director Mace sends a message from the quinjet, alerting Coulson that is there to take Quake and the enhanced individual who can control fire into custody. Coulson tries to distract Mace when he and his team of TAC agents board the plane while Mack gets Daisy, Robbie and Gabe into the containment unit. The module is raised onto the top of the Zephyr to hide them from Mace. Even though Daisy tries to come up with a reason for why all three of them are in hiding, Robbie decides its time to tell Gabe the truth about what happened that night...

Some time ago, Gabe who can still walk catches Robbie taking their uncle's car out at night. Robbie tells him he's off to win some money racing the Fifth Street Locos again. Even though Gabe is concerned for his brother's safety, Robbie convinces him to come along with him so he can watch the race. On the way to the race, they get stopped behind a van at a red light, but when the light turns green and the van doesn't move, Robbie honks his horn at them to move on. The back of the van opens up and a man throws a molotov cocktail at the car, setting it on fire. Robbie tries to reverse, but another car behind them blocks their escape. Realizing they're under attack from Fifth Street, Robbie pulls out and frantically tries to get away. The other car catches up to them and shoots at them. Both Robbie and Gabe are hit, causing the car to go off the curb and flip over numerous times. Gabe is pinned under the burning car and can no longer feel his legs. Robbie, on the other hand, was thrown from the car, and Gabe sees his body laying in the street. An unseen "Good Samaritan" stops, gets off his motorcycle, and pulls Gabe out from under the car before checking on Robbie.

Gabe says he was certain Robbie was dead, but that's because he *was* dead. Robbie reveals that when he was thrown from the car he begged God, the Universe, anyone who would listen to spare Gabe, that he would give anything to save his brother. Robbie died when he hit the pavement, and experienced nothing but darkness. From the darkness, a voice called out to him, asking if he wanted a second chance to punish those who hurt his brother and avenge his own dead. He said "yes," and was suddenly brought back to life. When he comes to, Gabe's "Good Samaritan" is standing over him. To Robbie, however, this isn't a Good Samaritan, but the Devil another Ghost Rider. The other Ghost Rider passes whatever was inside him onto Robbie, turning him into the Ghost Rider. Robbie tries to explain that it wasn't him who killed the Locos to avenge what happened to them, but Gabe is disgusted that he would put their blood on him.

Back inside the plane, Coulson finishes showing Mace around the plane. He thinks he has outsmarted the Director, but Mace notices the containment module is missing and has one of his agents bring it back into the Zephyr. Just then, Fitz asks for Coulson's authorization to access redacted SSR files thinking they might lead them to Lucy Bauer and Eli Morrow. Director Mace dismisses Fitz and the Lucy Bauer case for the more pressing matter of Quake and Robbie Reyes, and orders Coulson turn the Zephyr back to the Playground so the two vigilantes can be processed. Robbie tries to break out of the containment module so he can go after his uncle on his own. Mace, Coulson and Fitz watch on as Robbie pounds away at the door to the unit even after he turns into the Ghost Rider. To their shock, the Ghost Rider somehow managed to break down the door and charges at them. Director Mace thinks he can handle Robbie after he easily tosses Coulson aside, but the Ghost Rider overpowers even him. Daisy tries to prevent Gabe from seeing this, but Gabe says he needs to. He calls out to Robbie, calming him down from his transformation before he can seriously hurt the Director.

Fitz thinks he's figured out Lucy's plan once he gets a look at the SSR's files on Peggy Carter's investigation into Isodyne Energy. The company's assets were eventually acquired by the Roxxon Corporation, the same corporation that owns the Momentum Labs facilities. Fitz figures that Lucy Bauer is trying to get an abandoned Roxxon power station operational to power her latest experiment with the Darkhold. Mack orders the be redirected plane to the power plant without asking for Mace's permission first. Both the Zephyr and Agent May's quinjet arrive at the plant and prepare to go in and face Lucy Bauer. Daisy cannot hack into the plant's systems to shut it down since it was abandoned before the internet, so the Mack and Fitz have to disable it manually. When they cannot figure out how to do it, either, Mack goes back to the Zephyr to get an EMP to fry its grid. Meanwhile, Robbie tells Coulson and May to find his uncle without him when they run into Lucy Bauer. Robbie promises to make her pay for her sins, but Lucy tells him it was his uncle who wanted to play God and started this nightmare.

Some time ago, after successfully conducting their tests with the machines, the scientists at Momentum Labs are slowly driven mad by the Darkhold. The book showed Joseph Bauer a way to generate matter on his own without a machine, almost turning him into a god. Eli Morrow thinks Joseph can no longer be trusted with the Darkhold, and wants Lucy to give the book to him so he can destroy it. However, Eli just wants that power for himself, and forces Lucy and three other scientists into the lab's chamber, turning them into the "ghosts" they eventually became. Having heard the truth about his uncle, Robbie incinerates Lucy's ghost. Meanwhile, Coulson finds Eli Morrow near the chamber where Eli and Lucy would conduct their experiment. Eli demands to know where the Darkhold is. Instead of going with S.H.I.E.L.D., Eli locks himself inside the chamber and starts the experiment. The experiment is a success, and Coulson, Fitz and Robbie all vanish in a white light. Once the experiment is over, Eli Morrow steps out of the chamber and demonstrates his newfound powers. 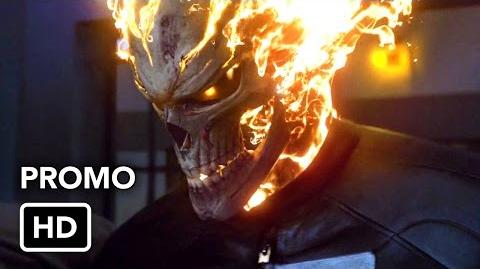 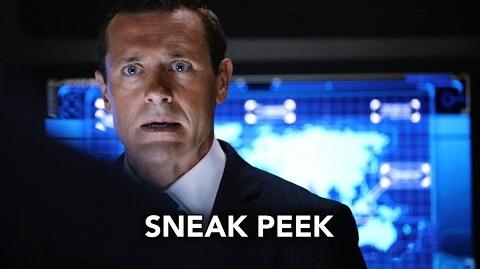 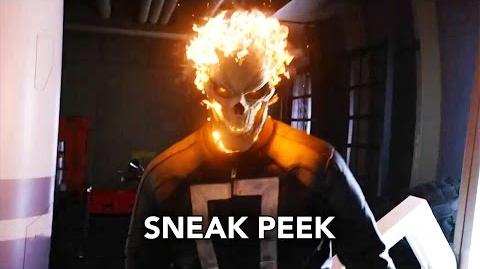 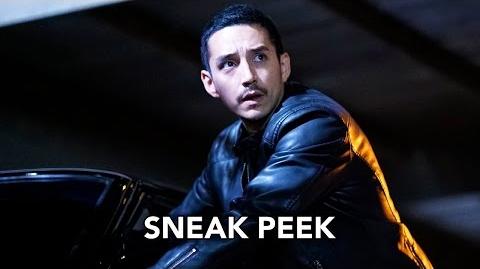 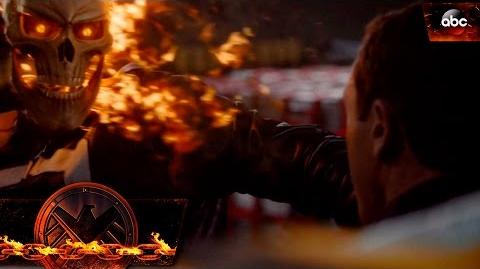 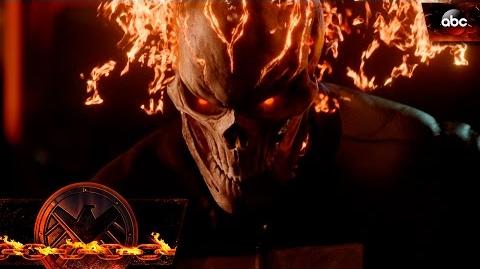