"The Laws of Inferno Dynamics" is the eighth episode of the fourth season of Agents of S.H.I.E.L.D..

S.H.I.E.L.D. and Ghost Rider find themselves unlikely allies when the lives of all of Los Angeles hang in the balance.

Eli Morrow was creating an enlarged version of a Quantum Battery with a Demon Core inside, he was interrupted by Peng, who warned him that S.H.I.E.L.D. agents were surrounding their headquarters and were preparing to attack. When Morrow ordered Peng to keep them all busy, Peng turned to the other members of the Chinatown Crew and noted how Morrow had not yet paid them for their work and therefore they would not fight for him any longer. Morrow responded by demonstrating his powers by lodging diamonds in Peng's throat and ordered his men to cut his lungs if they wanted any for their payment. This terrified the other members of the Chinatown Crew into working without question while Morrow continued constructing his Quantum Battery, saying that he'll show S.H.I.E.L.D. what he was making.

Mace reluctantly agrees with Coulson to let Quake, Ghost Rider, and Yo-Yo search a building located near some unusual forms of seismic activity. However, a booby trap separates Daisy and Elena from Robbie. Robbie goes in alone to confront Eli, and Eli traps Robbie inside an interdimensional portal box with the plutonium inside. Robbie attempts to break free, but Zarathos seems reluctant to help out at first. However, Robbie reminds Zarathos of their deal enough to keep himself alive after being fatally stabbed twice by Eli's carbon stalactites.

With help from AIDA, the other S.H.I.E.L.D. agents attempt to trap the plutonium in the other dimension before it can be detonated which would wipe out most of the city. Mace and Coulson discuss the trust issues that have developed, and Mace admits that his concerns with S.H.I.E.L.D. public relations are a primary driving force behind his questionable recent actions. At Phil's suggestion, Mace forms a plan with his S.H.I.E.L.D. agents to set a trap for Eli. Phil himself goes into the field to confront Eli, informing him of the physics behind his new power is from matter taken from the Earth's core and from other dimensions. However, Eli don't believe that his power gained from the Darkhold is behaving this way, instead believing that he is simply creating matter from nothing.

Eli becomes distracted by his anger at Phil insinuating him to be a fraud in his effort to "become a god." He attempts to murder everyone in the room, with help from some gangsters. Yet, Elena arrives in time and foils this plan. Amidst the chaos above, the S.H.I.E.L.D. agents below are also ambushed by gangsters. Aida is shot, and begins imitating the behavior of a real woman who had just been shot. Fitz and Simmons ward off the other attackers, while Daisy attempts to absorb the seismic activity Eli is causing in order to keep the bomb from going off.

Phil sees an opportunity to save Robbie, and throws Robbie's chain at him in an effort for Robbie to pull his way to freedom. Zarathos finally agrees to help, and Robbie gains extra strength from manifesting as Ghost Rider. However, he soon sees his wounded uncle and is distracted by the need to settle his final score. He drops the chain, and then grabs Eli into the chamber with himself. Eli is seen fighting in vain to keep himself from being incinerated by Ghost Rider, right as the chamber collapses into the other dimension. The team sees Eli go up in flames, but assumes Robbie also died. Phil later comments to Daisy that there is still a slight chance that Robbie might find a way to return, in spite having apparently been sent to Hell.

The team goes to celebrate the fact that Ghost Rider helped them eliminate everyone involved in Eli's evil scheme, as they further plot how to fix their public relations and end global persecution of Inhumans. Mace also provides a cover story for the media, allowing Daisy to cease having to live as a fugitive. Simmons issues Daisy a new security lanyard, further ensuring that she can safely return to life as an agent. Meanwhile, Radcliffe is encouraged by Mace to take the LMD program into S.H.I.E.L.D. supervision. Mace has Nathanson go to Radcliffe's lab and collect his items. After he spoke with Mace over the phone, Nathanson see a secret room with May inside. Suddenly, Aida appeared and said she was sorry as she broke his neck with a single touch.

At the Playground, The LMD May and Coulson celebrate with the others, as Aida hold the real May in the secret room and wash off stains of blood on May neck. She promise May that she'll get her "all cleaned up." 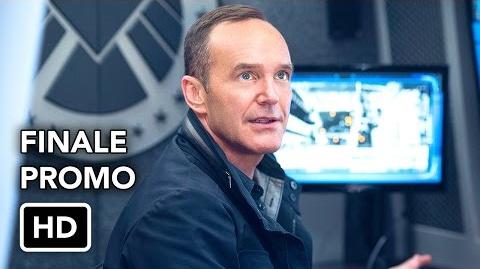 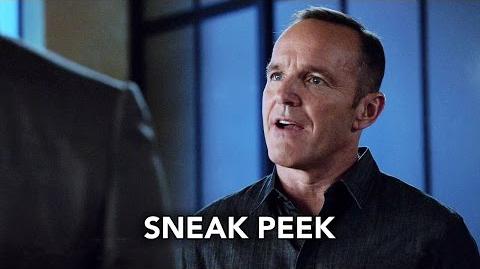 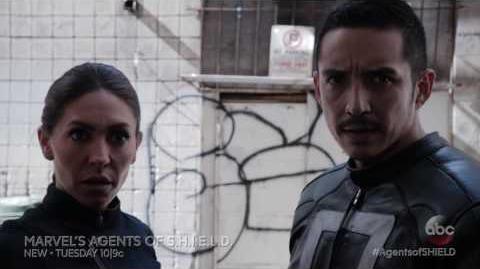 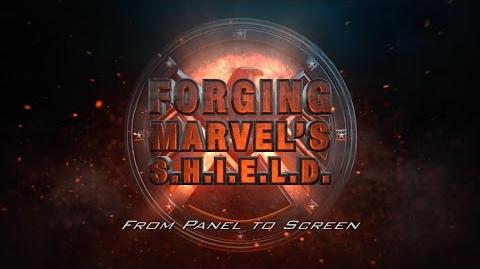 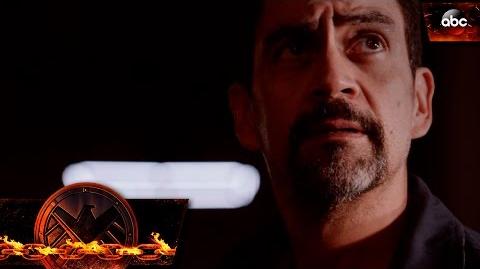 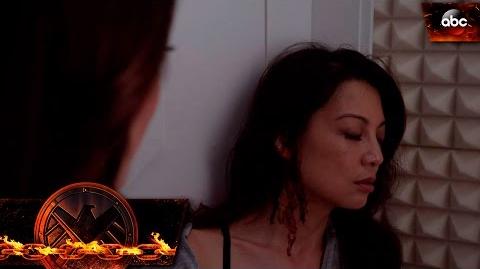 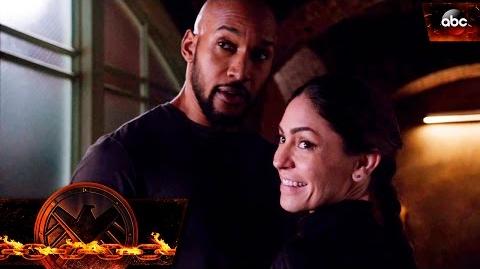 Retrieved from "https://marvel-movies.fandom.com/wiki/Agents_of_S.H.I.E.L.D._Episode_4.08:_The_Laws_of_Inferno_Dynamics?oldid=183986"
Community content is available under CC-BY-SA unless otherwise noted.