"BOOM" is the thirteenth episode of the fourth season of Agents of S.H.I.E.L.D..

Daisy, Mace and the S.H.I.E.L.D. team must find a way to contain an explosive Inhuman. Meanwhile, Coulson and Mack come face-to-face with Radcliffe’s inspiration for Aida.

Coulson and Mack go to Spain to find Agnes Kitsworth, the woman Dr. Radcliffe physically modeled Aida after, hoping she could help them find where he's hiding Agent May. Agnes is Radcliffe's ex-lover, and met him while she was trying to find a way to cure her inoperable brain tumor. Their relationship fell apart when Radcliffe was unable to come up with a way to save her, so now Aida lives out the rest of her days trying to forget her troubles and Radcliffe. Agnes wants S.H.I.E.L.D. to leave her alone for these same reasons. When Coulson brings up Agent May, however, she reluctantly agrees to work with them.

Radcliffe, meanwhile, is testing out the newest, Darkhold inspired version of the Framework. Since May kept finding the edges of the simulation, Aida improved it to simulate the entire world. Radcliffe and Aida go to check up on their new hosts, but sends Aida back when Shockley expresses disgust at her presence. The Superior has read from the Darkhold to find the solution to the "Inhuman problem," but it only pointed him to Radcliffe for an answer. Radcliffe shows the Superior pure Terrigen crystals he took while he was working for Hive. Shockley takes one of these crystals to Senator Nadeer's office and crushes it to force her to undergo Terrigenesis. Much to their surprise, the senator is immune to the mists, but Shockley is cocooned. While Nadeer laughs at the Watchdog's misfortune, Shockley's cocoon violently explodes, the fireball destroying the senator's office.

At the Playground, Director Mace's physical leads Simmons to believe the formula that gave him his super strength is potentially lethal, and that each use increases the likelihood that it will kill him. Without his strength, Mace feels like a pointless member of the team. Just as the director gets this news from Simmons, Fitz shows him a new version of his combat suit that comes with a heart monitor, GPS, and a built-in delivery system for the Project Patriot formula. They find out about the explosion at Senator Nadeer's office on the news, and before they can even suspect the senator is behind this they receive word that she was killed in the blast. Mace goes to Washington with Daisy and FitzSimmons to investigate the source of the explosion. Although they can't find any trace of a bomb, Daisy finds security footage of Shockley walking into Nadeer's office shortly before the explosion. Believing Shockley to be behind the attack, the team turns to the abundance of surveillance materials in the city to find where he went.

Shockley stumbles his way back to his rendezvous point. The Superior is furious at the events that transpired at Nadeer's office and demands Shockley tell him what happened. He tells the Superior it was Nadeer's transformation that caused the explosion. Shockley reaffirms his loyalty to the cause, and volunteers to stay behind and give S.H.I.E.L.D. a fight while the Superior flees the country. S.H.I.E.L.D. captures Shockley and a few other Watchdogs. Daisy tries to interrogate Shockley as to his role in the explosion at the senator's office while on the flight back to the Playground, but Shockley refuses to talk to anyone but Director Mace. Meanwhile, FitzSimmons figure out that Shockley wasn't a bomber, but became the bomb after he underwent Terrigenesis in the office. They warn Daisy and Mace about Shockley's abilities just as he charges his powers to create another explosion. Mace and Fitz force Shockley into the containment unit, and Simmons drops it from the Zephyr right as he explodes. Shockley reconstitutes his body when the debris crashes in the desert. He hijacks a man's car, steals his clothes, and drives to a nearby motel. He uses the motel's phone to call the Superior and confess that he is an Inhuman and was the source of the explosionin Nadeer's office. Despite this, Shockley still considers himself a soldier in the war against Inhumans, and that he will still deliver S.H.I.E.L.D. to the Superior.

Back at the Superior's headquarters, Radcliffe receives an email from Agnes telling him to meet her in Spain. He tries to hide this from Aida as he leaves in a hurry, but she picks up on his evasiveness. Radcliffe reluctantly shows Aida that she was based on an ex-girlfriend, Agnes. Aida, however, is mostly concerned with the idea that she isn't unique. In Spain, Agnes starts to think Radcliffe won't come to see her. Coulson and Mack, who are watching and listening to her from a safe location, tell her to keep waiting for May's sake. A waiter gives her a ringing phone. Radcliffe is on the other end, asking her to walk to him. He's waiting for her in a car, and promises that he can save her now, not with robotics but with the Framework. Overwhelmed, Agnes takes the receiver out of her ear and goes with him. Coulson and Mack hurry to stop Radcliffe's car, but a team of armed guards covers his exit.

Shockley destroys the motel to let S.H.I.E.L.D. know where he is. Daisy meets him on a road in the middle of the desert, with FitzSimmons and Mace the latter in his new combat suit not far behind with a device hooked up to the back of a S.H.I.E.L.D. van that will capture and contian Shockley. Mace sees light in the distance heading towards them. Realizing these are the Superior's men and that Shockley is merely the bait in the Superior's trap, Mace volunteers to stay behind hold them off. He injects himself with the Patriot formula to stop the Superior's cars in the middle of the road. The Watchdogs surround and capture Mace, the Inhuman director of S.H.I.E.L.D.. Daisy, meanwhile, uses her powers to force Shockley to explode and reform repeatedly. FitzSimmons drive the van through the vapor left by one of the explosions to capture Shockley in the device before he can become whole again.

On their way back to the Playground, Coulson and Mack lick their wounds after losing Agnes and potentially a way to find May. Coulson, however, still has some hope of finding her, as Radcliffe mentioned having another person already hooked up to the Framework. Meanwhile, Radcliffe and Aida connect Agnes to the Framework. She dies shortly thereafter. Radcliffe leaves her and Aida to mourn her death. Once he's gone, Aida takes Agnes' necklace from her corpse and puts it on herself. 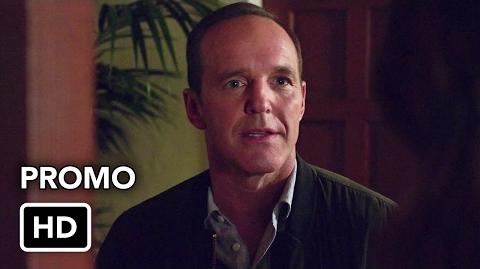 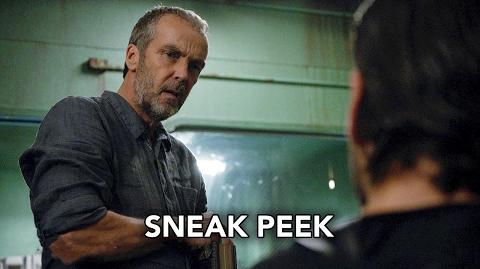 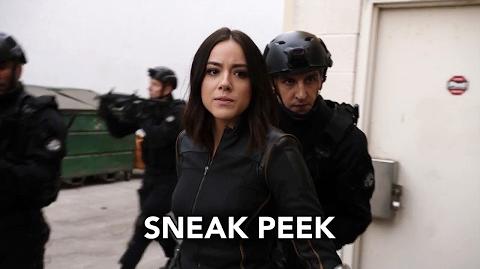 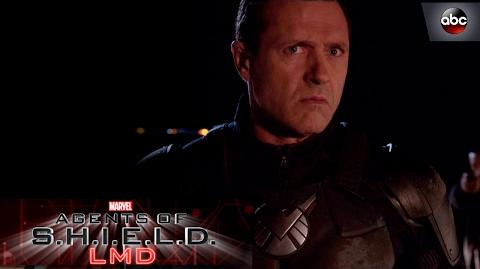 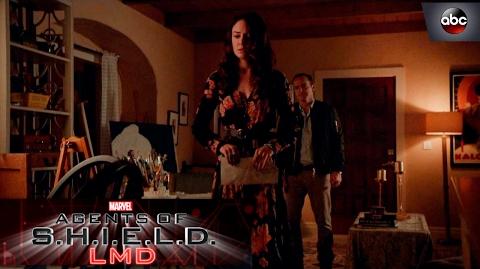 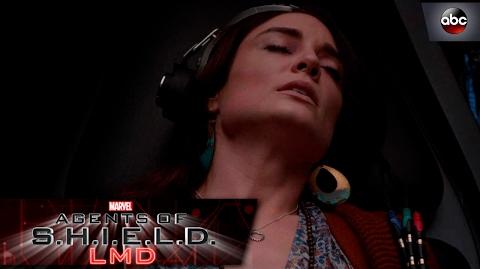 Retrieved from "https://marvel-movies.fandom.com/wiki/Agents_of_S.H.I.E.L.D._Episode_4.13:_BOOM?oldid=187556"
Community content is available under CC-BY-SA unless otherwise noted.