"The Man Behind the Shield"

"Self Control"
"The Man Behind the Shield" is the fourteenth episode of the fourth season of Agents of S.H.I.E.L.D..

Mace fights for his life while Coulson and team find themselves in a deadly cat-and-mouse game as they attempt his rescue.

After testing out the Framework by simulating a sparring match between Coulson and Daisy, the S.H.I.E.L.D. team heads to one of the Superior's known hideouts in Nome, Alaska. They find the base abandoned, but one of the walls holds several maps, newspaper clippings, and photographs detailing Coulson's missions over the years. Daisy discovers one of the photographs is of a Russian mine owned by the Superior. She shows this picture to Coulson, who recognizes it as a place from his past.

Years earlier, when he was still only a Level 4 agent, Coulson was sent to the Russian mine to recover an 0-8-4. To his surprise, Agent Melinda May, then only a Level 3 specialist, is there to assist him and takes out the guard at the front gate. The two agents go to the mine's office and recover the object they were sent to retrieve when they hear a team of four SVR agents arriving at the mine to defend the 0-8-4. Coulson goes outside to deal with the SVR, but Agent May grabs a car and drives off with the 0-8-4. The Russians arrest Coulson, but Agent May ambushes their van and rescues him. As they drive away from a successful mission, Coulson flirts with May as she reveals she has a new boyfriend, a shrink.

In the present day, Coulson leads his team to that same mine. Inside they office, they find the skeletal remains of three SVR agents. One of them has a ringing phone in its mouth. Coulson answers the phone and hears the Superior on the other end. The Superior tells him are the corpses of the SVR agents who intercepted him and May all those years ago, and were tortured and executed to cover up their failure. The fourth agent, the one who wasn't killed, is none other than the Superior.

Jeffrey Mace continues to be tortured by the Superior and his Watchdogs. Mace breaks out of his bindings and makes a run for it, but is cornered and without the Project Patriot formula is easily overpowered by the Superior. The Watchdogs tie him up again for more abuse. Aida confronts the Superior over his treatment of his prisoner. The Superior shrugs off her opinions as being just as "fake" as she is, and reminds Aida that "filth" like her and Mace has a purpose. With S.H.I.E.L.D. closing in on him, the Superior goes to torture Mace one last time. The Superior admires Mace's courage and wishes they could have fought on the same side of this war, then cuts him out of his bindings and has a group of Watchdogs beat him.

Coulson and his team hurry towards a facility in Krasnoyarsk Krai Daisy found on a list of detention centers associated with the Superior's SVR unit. The facility served as a front for a submarine bay during the Cold War, making it the perfect place for the Superior to keep his submarine. Mack blows a hole in the side of the wall and the team infiltrates the facility. Coulson orders FitzSimmons and Agent Davis to go to the communications room in the sub-basement. The rest of the them fan out to look for Director Mace and Agent May. Coulson comes face-to-face with the Superior. While Ivanov has been waiting for this day for years, Coulson lets him know that he doesn't remember him or much of anything about the mission that got his comrades killed. Daisy interrupts their showdown, so Coulson leaves her to fight the Superior while he finds Mace.

Mack finds Mace still getting beat down by the Watchdogs. He gets the Watchdogs off the director, and he and Coulson help Mace to his feet. FitzSimmons, meanwhile, pick up Aida's signal coming from the submarine bay. Simmons and Agent Davis hurry to stop her, but find the submarine leaving with Aida, Radcliffe, and presumably Agent May on board. They're soon joined by Fitz, Coulson and Mack carrying Director Mace, and finally by Daisy, who quickly took care of the Superior and left him buried under a pile of rubble after sending him flying into a support pillar. When they return to the Playground, Simmons asks Fitz if he thinks something was off about the timetable of the mission about a long period of time when none of them were in contact. Simmons also finds that Coulson erased a report from the blast doors' LMD detector when they returned to the base. Simmons digs deeper into this report, discovering that the detector identified Coulson, Daisy, Mack and Mace all as LMDs.

Back at the Superior's base, Aida observes the Superior's alive but unconscious body. She gloats over her success, replacing four top-level S.H.I.E.L.D. agents with LMDs. As for the Superior, she still has a role for him to play, whispering into his unconscious ear that "even filth has a purpose." Meanwhile, the Coulson LMD awakens the LMD of Agent May. 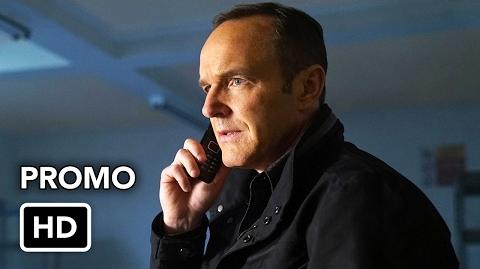 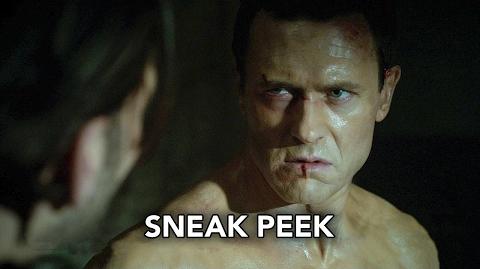 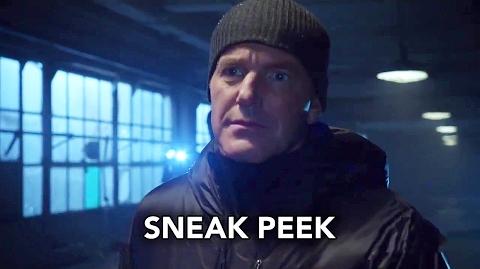 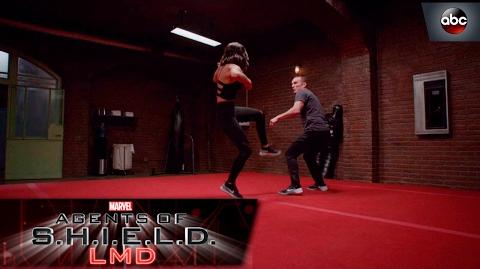 Kick-@$$ Move of the Week Coulson and Daisy in the Framework - Marvel's Agents of S.H.I.E.L.D. 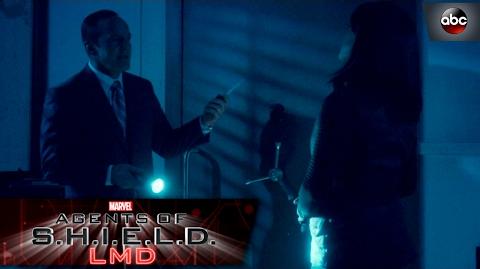 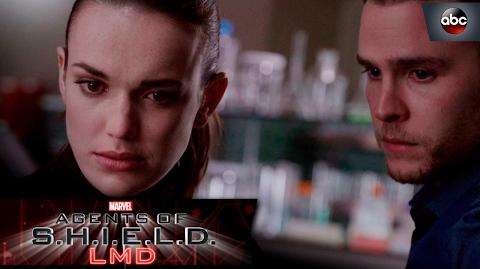