"No Regrets"
"Identity and Change" is the seventeenth episode of the fourth season of Agents of S.H.I.E.L.D..

As Daisy and Simmons struggle to discover an escape route to the real world, the identity of the Inhuman leader of the Resistance is revealed.

Daisy talks with Coulson about the real nature of the Framework before his class begins. She gets a call from Grant Ward, warning her that Hydra is sending a unit to pick up Coulson. They go back to her apartment, where she and Simmons can discuss their next move. Although Ward has set up a meeting between them and the resistance, Simmons suggests she should try to reach out to Fitz, instead. Daisy disagrees, seeing how far Fitz has gone. When Simmons brings up Radcliffe, Coulson shows them a newspaper clipping about him. In the Framework, Radcliffe is a celebrated Hydra scientist working on an Inhuman cure. However, he has not been seen in public in a long time. Now that they know Radcliffe is in the Framework and could potentially get them out, Daisy goes back to the Triskelion to find his current location while Coulson and Simmons meet with the resistance.

At his suburban home, Mack and his daughter, Hope, build drones. Hope finishes her drone first, but when Mack takes a look at his, he finds she scavenged some of the parts from a crashed Hydra drone. He tells her she should have known better, and warns her that they'll be alright if they can stay off Hydra's radar. Later, they're waiting at a bus stop when a Hydra patrol pulls in front of the stop and has everyone waiting to get in a line. Hope tells her father that she has the drone in her bag. Before the Hydra agents can get to them, someone else in the line makes a run for it and is quickly subdued. Hydra, satisfied with the potential Inhuman they captured, lets everyone else go.

Fitz goes to Madame Hydra's office to ask why she is so worked up over one particular subversive Simmons especially since she poses no threat to Project Looking Glass. Even though she insists she's handling it, Madame Hydra shows him the picture of Simmons. Meanwhile, Daisy uses her computer to look up Radcliffe in Madame Hydra's restricted files. She and Ward try to hurry out of the building after she finds Radcliffe's location, but they're stopped by Agent May and a few armed guards. May orders Daisy to come with them. Ward is willing to fight them with her, but Daisy hands him the piece of paper she wrote Radcliffe's location on so he can give it to Simmons and leaves with May. Madame Hydra personally asked for her specifically to take part in a mission to apprehend Simmons. When Daisy, May, and the rest of the unit go out, however, they don't capture Simmons, but Mack and his daughter.

Coulson and Simmons meet with one of Ward's contacts in the resistance. After Coulson gives him the codephrase, they're taken away in handcuffs and with bags over their heads. When the bags are taken off their heads, they find themselves in the Playground and greeted by the leader of the resistance himself Jeffrey Mace. In the Framework, Mace is known as "the Patriot, is the Inhuman leader of the resistance, the remnants of S.H.I.E.L.D.. The Playground itself is in poor condition, at it wasn't used after World War II until Billy Koenig sacrificed himself to get its location to Mace. In the Framework world, FitzSimmons laboratory is used to give potential Inhumans shelter until the resistance can give them a new identity and relocate them to hide them from Hydra. As Mace gives them the tour of the facility, Grant Ward arrives at the Playground with the news that Hydra has Skye. He then hands Radcliffe's location to Simmons, but only after she proves her loyalty by showing them all her I.D. from S.H.I.E.L.D. Academy. She recognizes the coordinates as somewhere east of Bermuda, but no land mass should exist there. Coulson, Simmons and Ward convince Mace to let them take a Quinjet out there and find Radcliffe.

Mack and his daughter are taken back to the Triskelion for questioning. May interrogates Mack while Daisy talks with Hope. Neither seems to know why they are there, but Mack swears he'll do anything to keep his daughter safe. Daisy talks to Mack when May takes a break from interrogating him. Daisy is surprised to find Mack remembers her as Daisy Johnson, and that they are both S.H.I.E.L.D. agents. She tries to bring him up to speed with what's happening in the real world with Yo-Yo, but Mack does not seem to have any idea about what she means. Mack apologizes, revealing that he only said what Agent May told him to say, and that their entire conversation was recorded. She fights her way out of the Triskelion, but is captured and beaten shortly before she reaches the exit. Meanwhile, Fitz confronts Madame Hydra with the information he found on Simmons - how she died at S.H.I.E.L.D. Academy. Madame Hydra tells Fitz that she crossed over from "the other place," where S.H.I.E.L.D. won the war with Hydra and they treated her like a slave as if she was not human.

Coulson, Simmons and Ward arrive on Radcliffe's private island of Ogygia, interrupting a game of croquet. They each hold him at gunpoint, with Simmons demanding he help them save their friends from the nightmare he put them in. Radcliffe pleads with her, trying to explain that Aida is responsible for this mess. Ward notices a woman in the distance who Simmons realizes must be Agnes. She cannot leave the Framework since she died, and Radcliffe reveals he can't either since Aida killed him, too. He tells them Aida is keeping their friends on a drilling platform in the Baltic owned by Anton Ivanov however, he can't help them get out since Aida closed his escape to the real world. When Simmons reveals Aida closed her escape, too, Radcliffe realizes Aida must know where she is.

Madame Hydra's plane appears over Radcliffe's island. Radcliffe tells them to hide as the plane lands, and Madame Hydra and Fitz lead a squadron of Hydra agents onto the island. As Fitz and the agents comb the island for Simmons, Coulson, and Ward, Radcliffe takes the opportunity to confront Madame Hydra over how she's distorted what the Framework was supposed to do. She deflects everything he says about her, but draws the line when he calls her "Aida." In this world, Madame Hydra will not tolerate anyone degrading her and treating her like an object, and the "A" in "Aida" stands for "artificial."

Fitz comes back with his prisoner, Agnes. She panicks when she sees Madame Hydra because she looks just like her. Radcliffe tries to calm her down, but Madame Hydra reveals Radcliffe is from "the other side." He is the one who enslaved Madame Hydra in "the other side," and now seeks to replace her with Agnes. Radcliffe begs Fitz to believe him over Madame Hydra's lies, but Fitz pulls out a gun and points it at Agnes, holding her hostage unless Radcliffe can convince him he's telling the truth. Simmons, Coulson and Ward watch all of these from the bushes. Ward aims his rifle at Fitz, ready to kill him to save Agnes. Jemma begs him not to shoot, promising to tell him everything she's hiding from him if he doesn't shoot. Radcliffe tries to get through to Fitz, tries to remind him of their relationship outside of the Framework. None of it gets through to him, however, and he shoots Agnes in the chest. Simmons screams out as she falls to the ground, giving away their position to Hydra. They shoot their way back to the Quinjet, taking off just in time. As they fly away from Radcliffe's island, Simmons struggles to cope with what she saw Fitz do to to Agnes.

Back at the Playground, Mace demands they explain what happened out there. As Simmons tries to explain why she stopped Ward from killing the Doctor and why she is in love with him, Agent Burrows brings Mack, who they caught sniffing around their dead drops. He explains how Hydra used him to capture Daisy Johnson, and how for the first time he cannot look his daughter in the eye. He came to S.H.I.E.L.D. because he wants to make things right.

Meanwhile, Fitz comes into Daisy's cell when he finishes torturing another prisoner. Daisy tries to make him remember who he is in the real world, but has no more success than Radcliffe did. Fitz went over her tests again, discovering Daisy was a potential Inhuman. As guards drag her away, Daisy tries one last time to convince him he does not want to do this. Unfortunately for her, he does. 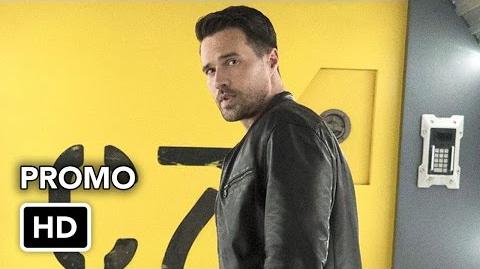 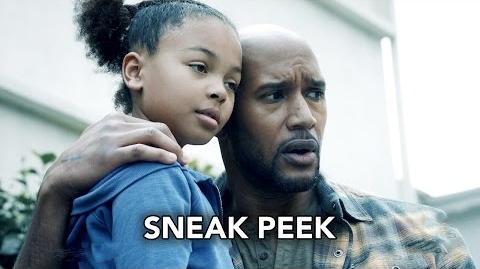 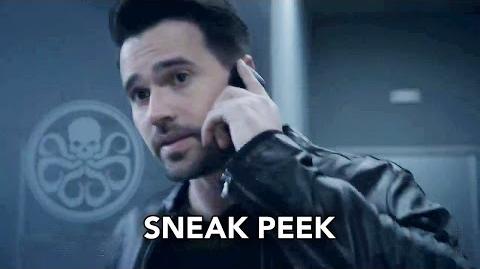 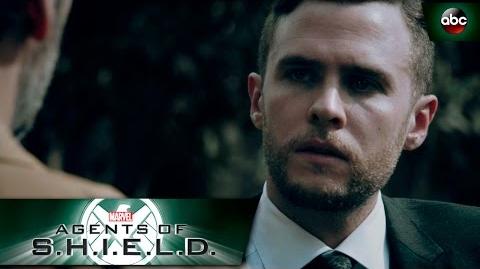 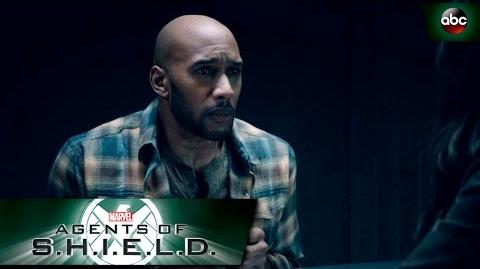