"All the Madame's Men"
"No Regrets" is the eighteenth episode of the fourth season of Agents of S.H.I.E.L.D..

The truth behind Fitz's turn could bring down all of S.H.I.E.L.D..

Coulson and Mace set up a roadblock to trap one of Hydra's prison buses. Mace thinks one of these buses might be carrying Daisy and another captured S.H.I.E.L.D. operative if they're being held at the Hydra Enlightenment Cultivation Center. When the stop the bus, however, they find it's filled with bodybags. They take the bus back to the Playground so Mack can prepare it for S.H.I.E.L.D. to use. Simmons tries to explain what the Framework really is to Mace and Ward with little success. Neither wants to believe her, because it means their entire lives aren't real and that all they've sacrificed in the fight against Hydra was meaningless. Mace, however, tasks Ward with figuring out the truth behind her story. Meanwhile, at the Triskelion, Fitz interrogates Daisy to get her to give up the Patriot's hideout. She instead desperately tries to get through to him, to make him remember the person he is outside the Framework. Fitz, however, refuses to let her threaten his home. Meanwhile, May gets a new "weapon" from Hydra's science division she can use to take on the Patriot. Kenneth, the head researcher, gives her an augmented strength serum Cal's formula that even one of will make her strong enough to bring the Patriot to his knees.

Madame Hydra personally takes over Daisy's interrogation from Fitz. She explains to Daisy that this world isn't one she created, but one determined by algorithms as Dr. Radcliffe intended. Radcliffe, apparently in the next cell, hears this and yells this wasn't what he meant. Aida presents Daisy with a choice if she gives up her location in the real world, Aida will give her a happy life in the Framework with Lincoln, a family, and no regrets. She turns down Madame Hydra's offer, knowing that most times what people want is not what they need. Later, Daisy talks to Radcliffe through the wall between their cells about his creation. He tells her about how Fitz killed Agnes. Daisy has a hard time believing Fitz could do such a thing, but Radcliffe points out how something as small as a single sentence, like "I love you," "We're having a baby" could push someone's life in a vastly different direction. He also tells her where she can find a backdoor out of the Framework that Aida cannot close, but has probably put safeguards around. Meanwhile, Fitz meets with his father, Alister, who is also a high-ranking official within Hydra. He confides in his father the nagging guilt he's felt since he killed Agnes, but Alister reminds him that he was raised to ignore sympathy and other such "womanly sentiments" in a harsh world.

Mace, Coulson, and Burrows use the prison bus to infiltrate the Hydra Enlightenment Cultivation Center. Coulson, using an I.D. badge Ward forged, drives the bus into the camp, while Mace and Burrows hide in the body bags. Coulson and Mace search for the captured S.H.I.E.L.D. operative in the camp's rehabilitation center while Burrows watches out for camp security. They find the small cages where Hydra keeps their prisoners, and Mace frees them all. The Patriot introduces Coulson to the person they came to rescue Antoine Triplett. Before they can leave, they have to find Trip's boots, which contain a camera that recorded valuable Hydra secrets. While Trip looks for his boots, Coulson sees his student Chris being taken into another section of the camp where Hydra keeps kids, and takes off on his own to rescue him.

Trip gets the camera to Mace and Burrows, and tells them about what Coulson did. Just then, they notice a quinjet arrive at the camp. Mace realizes Hydra must know they're there, and a hit team is on the quinjet to try and stop them. Mace orders Burrows to take the camera back the Playground while he and Trip find Coulson. Burrows radios headquarters to tell them he's returning without Mace. Ward hears this and wants to leave so he can extract Mace and the rest of the team. He wants to take Mack with him, but Simmons, whose view of the Framework was challenged by the sight of Mack with his daughter, offers to go in his place. Back at the camp, Mace and Trip are ambushed by Melinda May, who has been enhanced by Kenneth's serum. Trip goes into the Quarantine building to find Coulson while Mace fights Agent May. Coulson and Trip find a room full of kids including Chris and Burnell, another of Coulson's students, being subjected to the Faustus Method.

Although May and Mace are evenly matched, Mace gains the upper hand and sends her flying into a brick wall when the serum begins to wear off. Knowing she's been beaten, May taunts the Patriot by calling him a terrorist and a thug, but Mace tells her that if he was truly either of those things he would have already killed her. As Mace runs to regoup with Coulson and Trip, May sends word of her defeat back to the Triskelion. Fitz orders the quinjet bring down the Quarantine building at Madame Hydra's recommendation. Simmons and Ward arrive at the facility as Trip gets the unharmed kids out of the building safely. Inside, Mace and Coulson dig through the rubble to save the rest of them. Mace dives to save one of the kids when the roof of the building collapses on top of them. Agent May rushes into the building to verify the Patriot is dead, but is surprised to find Hydra has been keeping kids prisoner there. She finds the S.H.I.E.L.D. agents just as Mace lifts the rubble just enough for the kid to get out. Agent May, however, orders none of them to move. She reluctantly helps them when they defy her to save that kid. Once he's out, Mace orders them all to go on without him, as his strength is the only thing preventing the entire building from collapsing. Before she leaves, Agent May gives the Patriot a nod of approval. As the team makes their escape, they watch as the building falls.

In the real world, Aida turns off Jeffrey Mace's life support now that his vitals have flatlined. At the Triskelion, she celebrates the death of the Patriot with Fitz and his father. Agent May goes to Daisy's cell with a Terrigen Crystal and exposes her to the Terrigen mists. 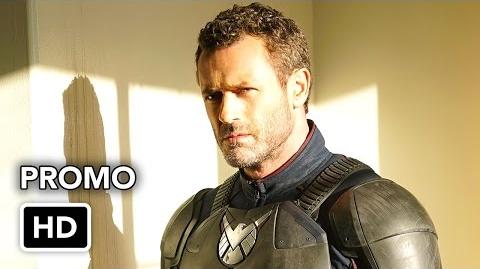 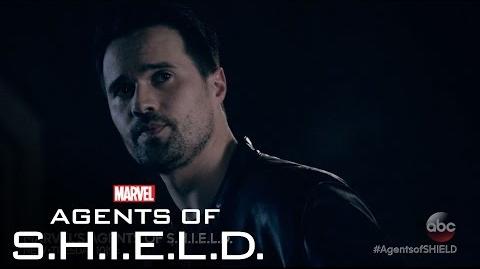 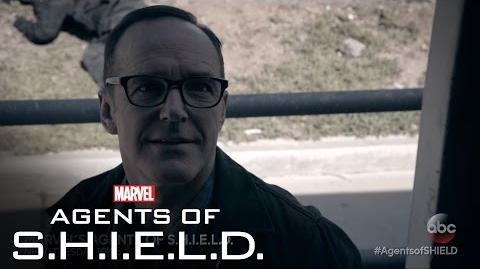 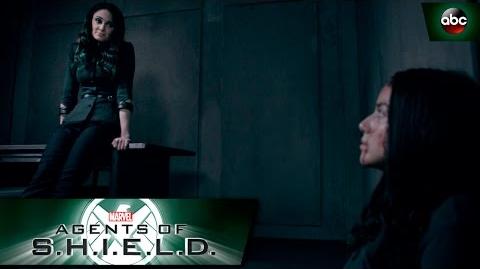 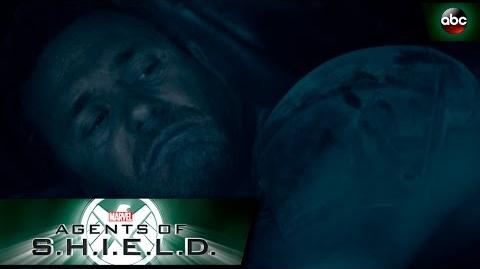 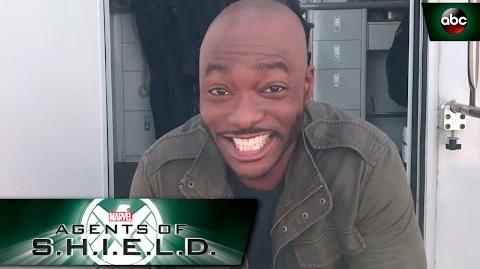