"Farewell, Cruel World!"
"All the Madame's Men" is the nineteenth episode of the fourth season of Agents of S.H.I.E.L.D..

Daisy finds herself teamed up with an unlikely partner. Meanwhile, Aida prepares to put her ultimate end game into effect.

Daisy Johnson emerges from her Terrigenesis cocoon. After May takes down one Hydra agent who saw Daisy transform, the two make their escape from the Triskelion. They fight through the agents sent to stop them, but are inevitably cornered by a small squad led Madame Hydra, who laid a trap for Daisy and May in the elevator. Daisy uses her powers to send Madame Hydra flying through the elevator's window, crashing down on the roof of a smaller building several stories below. Aida awakens in the real world. She explains the situation within the Framework to Anton Ivanov. He tries to solve her problem with Agent May using his own methods, but is surprised to find Aida programmed his new body to prevent him from harming the people plugged into the Framework. Since Daisy and Jemma Simmoons are not under Aida's control, however, Aida reasons she and the Superior have to kill them to protect the Framework.

Back inside the Framework, the Resistance watches Sunil Bakshi report on the Patriot's death on his nightly news program, barely able to restrain themselves as Bakshi slanders their recently-deceased leader. They discuss what their next move should be. Ward wants to retaliate for Mace's death as soon as possible, but Mack thinks the needs of people the Patriot promised to promised to protect should come first. Trip, on the other hand, wants to go over the blueprints he stole from Hydra to get some clue as to Madame Hydra's plan. Their strategies are thrown off when Bakshi delivers breaking news of an attempt on Madame Hydra's life during an attack on the Triskelion by an Inhuman, which they all assume to be Daisy. Meanwhile, Daisy and May try to get to a rendezvous point for the Resistance while avoiding Hydra's patrols.

At the Triskelion, surgeons update Fitz and his father Alistair on Madame Hydra's condition. While they are confident that she will regain consciousness, there is extensive damage to her spinal chord. Fitz orders the doctors to leave himself and his father alone with her. Alistair asks his son what he will do about the traitors who made them look weak. Fitz instructs Bakshi to reveal Skye and Melinda May as the ones responsible for the attack to make the people afraid of them, to send the message that Hydra will not tolerate such betrayal. Ward asks Coulson to put together a team to find them before Hydra can. Meanwhile, Simmons looks over the blueprints Trip recovered, and recognizes them as a much larger version of the matter-generating machine Eli Morrow built with knowledge from the Darkhold. She also thinks Aida will use Anton's drilling platform in the Baltic Sea to power this machine. She and Trip take a Quinjet to investigate.

Daisy and May get to the rendezvous point, but the agent stationed there refuses to let them in because of their profile. Sure enough, Hydra followed them, and a van carrying a team of agents opens fire on them. The agent is shot in the leg, and Daisy uses her powers to push a grenade back at Hydra, destroying the van. They take shelter inside a building, and the field agent sends word back to the Playground that he's come into contact with Daisy and May. Coulson, Burrows and Mack head out to give them support. Daisy and May barricade the building before six other teams arrive to apprehend them, and even if they fail Hydra will call in another airstrike like they did for the Patriot. Although they are able to fight off most of the Hydra agents sent their way, one agent gets the drop on Daisy and May. Mack rescues them before the agent can do anything, but Mack point his gun at May because she held his daughter hostage. Coulson convinces Mack to stand down and put his trust in Agent May. Before an airstrike is called in, Burrows gets them all out through a Prohibition-era tunnel under the building.

At the Triskelion, Alistair informs him that men are closing in on May and Daisy's location. Fitz wants to oversee the situation personally, but Madame Hydra regains consciousness to tell him to focus on finishing Project Looking Glass, instead. She says "this" body won't matter once the machine is complete. Alistair offers to take care of the traitors while Fitz does what he needs to for Madame Hydra. Meanwhile, Simmons and Trip arrive at the drilling platform in the Baltic. Scans of the platform reveal that it is built much deeper than the nearby platforms. The quinjet lands on the platform, but Simmons and Trip find it abandoned. Even though Fitz is designing the machine in the Framework, the Superior and his men construct it on the platform in the real world. With this revelation, Simmons realizes Aida's plan to use the machine to generate living tissue, giving herself a human body in the real world. Once she is free from her programming, she will be able to circumvent Radcliffe's orders.

Alistair updates his son on the situation with the traitors. Fitz, furious at his father's failure, demands that the traitors be killed, even if it sends 100 more agents to their death. Alistair, however rebukes his son's fury, reminding him that snapping at every setback is a sign of weakness. Fitz stands down, but tells his father that he will not tolerate another failure from him. Alistair interrogates Dr. Radcliffe to see what he knows about where the traitors are headed and why Agent May betrayed Hydra. Radcliffe refuses to give anything up, instead taunting Alistair with his failed relationship with his son in the real world. He does, however, let slip that he spoke to Daisy through the vent, proving that he did conspire with her. Later, Fitz tells Madame Hydra that he finished designing her machine. Although he admits he had his doubts about the project at first, he now sees the purpose behind it, and asks to come to the other side with her.

Meanwhile, Coulson, Mack and Burrows get Daisy and May back to the Playground. Ward is relieved to see Daisy is unharmed, albeit disappointed to see she still isn't the Skye he knew. After reviewing the footage of the Patriot's death from May's body camera, Ward wants to use the footage to wake the people up to Hydra's lies. Daisy, on the other hand, thinks its better for them to head straight to the place where Radcliffe built his exit from the Framework. Coulson thinks it would be nearly impossible to get to Radcliffe's coordinates, but the footage could divide Hydra's forces and give them an opening.

S.H.I.E.L.D. takes over Bakshi's studio before his next broadcast. While Coulson records his message for the public, Ward offers to defend the studio and prevent Hydra from cutting the signal for as long as he can. His says his goodbye to Daisy, even though he isn't sure if the Skye he knew will come back once this is all done. Coulson, May and Daisy leave the studio for Radcliffe's coordinates as Ward sends out Coulson's message. In the broadcast, Coulson speaks the truth about Hydra's regime and about what was happening at the Enlightenment Center while the footage from May's body camera plays. Burrows hurries into the studio to tell Ward that a crowd of people have formed around the building to help them fight Hydra.

In the real world, Aida uploads the final specifications for her machine. Ivanov tells her his people found the Zephyr and are ready to shoot it down. 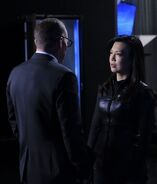 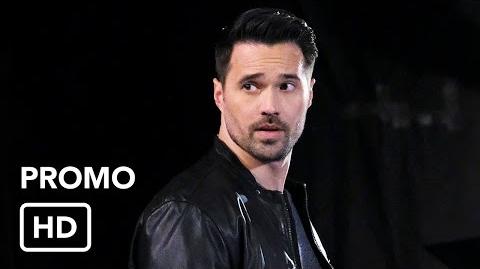 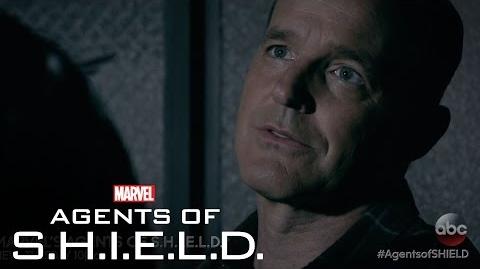 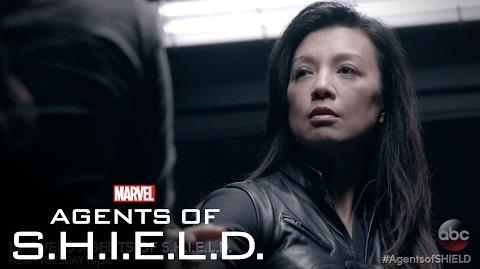 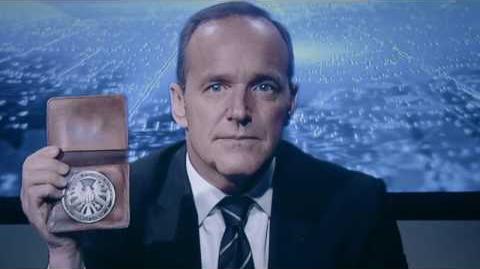 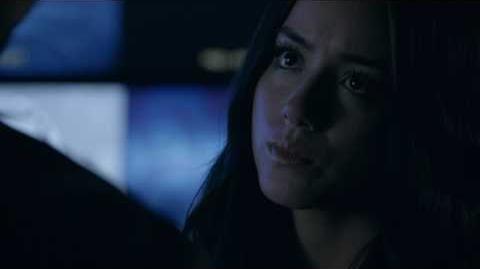