"Farewell, Cruel World!" is the twentieth episode of the fourth season of Agents of S.H.I.E.L.D..

The clock is ticking for Daisy and Simmons to get the team out of the Framework, but not everyone is ready and willing to leave.

Ten days after Daisy and Simmons entered the Framework, Yo-Yo and the agents aboard the Zephyr have shut down all non-essential functions to preserve power. They finally turn off the plane's cloaking rather than land and refuel.

In the Framework, Hydra has implemented martial law after Coulson's broadcast. Simmons and Trip return to the Playground and get a warm greeting from Daisy, even though Trip has no idea who she is. Simmons takes Daisy aside and tells her about Aida's plan to build a human body for herself in the real world. They all have to get to Radcliffe's backdoor before Aida can unplug them from the Framework and kill them all. However, this means they will have to leave Fitz behind because it is simply impossible to get to him. Daisy convinces Mack to come along with them on a mission before he can leave the Playground with his daughter, but does not tell him the purpose of this mission or that it means he will lose Hope.

Fitz interrogates Dr. Radcliffe for information about where Daisy is headed. Because he knows Radcliffe isn't afraid to die, Fitz tantalizes him with the prospect of being "reborn" in the other world using the machine he and Aida built with the Darkhold. Meanwhile, Simmons goes after Alistair Fitz after a comment from May makes her realize Aida gave Fitz a relationship with his father. She holds Alistair hostage at his home, and forces him to call his son and tell him to come alone, thinking she could find a way to bring her with him out of the Framework. Alistair calls Fitz, but instead tells him the fugitive is at his home. He tries to kill Simmons, but she is able to turn her gun on him. Fitz hears the gunshot that kills his father over the phone. By the time Fitz arrives, Simmons is gone and his father lies dead on the floor. He forces Radcliffe, who he brought with him to lead Hydra to his backdoor out of the Framework to look at Alistair's corpse. Fitz promises Radcliffe he will put a bullet through Simmons' skull when they find her.

In the real world, the crew of the Zephyr notice they're being tailed by Russian fighter jets belonging to the Superior. They're defenseless as long as they have no power going to the plane's anti-aircraft weaponry. If Simmons and Daisy can't get out of the Framework soon, Agent Davis fears they'll be shot down.

Fitz defies Madame Hydra's orders to return to the Triskelion so he could go after his father's killer. Much to Radcliffe's surprise, a steel mill has been built over the city park where he placed his backdoor out of the Framework. When Madame Hydra is told Hydra has lost contact with Fitz and his team after they received her orders, she orders her doctor to begin the procedure that will build her a human body in the real world.

Trip flies Daisy and her team to Radcliffe's coordinates when Simmons returns to the Playground. Trip offers to come along with them, but Daisy convinces him to stay and take Mace's place as the leader of the Resistance. Inside the steel mill, they find a crucible filled with molten steel in the exact location where Radcliffe's backdoor should be. They realize Aida must have found this exit, and had the steel mill built over it to prevent anyone from leaving through it. May doubts the backdoor ever existed, while Mack, who is hearing about the "other world" for the first time, feels Daisy betrayed him that he brought him there under false pretenses and by trying to take him away from Hope.

Daisy thinks she can use her powers to part the steel and reveal the Radcliffe's back door beneath it. Before she can do this, however, they're ambushed by Hydra. After they take out Hydra's soldiers, Daisy uses her powers on the steel, proving to them all that Radcliffe's backdoor exists. Coulson volunteers to go through first. As he makes his way to the portal, an unseen Hydra soldier shoots him in the back. May hurries to Coulson's side once this soldier and his team have been killed. Coulson, near death, asks May to come to the other side with him. Daisy opens the portal again, and Coulson takes his leap of faith. As he passes through the portal, a wave signifying the change to the Framework passes over them, showing them first-hand that their reality is a digital simulation.

Coulson wakes up in the Superior's submarine in the real world. He unhooks himself from his pod, and goes over May and waits for her to wake up. She comes out of the Framework seconds later. Coulson helps her down, as her legs have atrophied from spending so much time in the Framework. They notice Aida connected to the Framework in a nearby pod. Coulson grabs a scalpel and gets to work removing her head.

Back in the Framework, Daisy wants Simmons to leave next. Before she can leave, however, Fitz appears behind her with Dr. Radcliffe. He points a gun at her, ready to avenge his father's death. She makes one last attempt to convince him of who he really is and this is all Aida's doing, but Fitz instead shoots her in the foot to bring her to her knees. He holds his gun to her head and demands she say "I am nothing to you." Radcliffe, unable to bring himself to see him kill Simmons, attacks Fitz and forces him through his back door. Radcliffe confides in Simmons that, while he could never really make things right, the least he could do was bring Fitz there so he could truly save him. Simmons goes through the portal shortly afterwards. Mack refuses to leave his daughter despite Daisy's teary-eyed pleas for him to come back with them. Unable to convince him to leave the Framework, Daisy goes through Radcliffe's backdoor. She awakens on the Zephyr, and has to tell Yo-Yo that she couldn't save Mack.

Fitz awakens on the submarine. He is immediately guilt-stricken over the horrible things he did in the Framework, including killing Agnes and taking responsibility for Mace's death. As Coulson tries to convince Fitz that none of this was his fault, Aida's consciousness is transferred into her new, human body. Aida feels happiness for the first time when she finds Fitz. Coulson tells May to shoot Aida since she is now just as vulnerable as any normal person, but Fitz blocks her shot. Before May can shoot her, Aida hugs Fitz and they disappear in a flash.

Meanwhile, Mack surprises Trip when he returns to the Playground. Trip wakes up Hope so Mack can explain what happened to Daisy and the rest, comparing it to Dorothy returning to Kansas at the end of The Wizard of Oz. Hope asks if they'll follow them to Kansas, Mack says he has all he needs right here. As he hugs his daughter, a look of doubt spreads across his face. 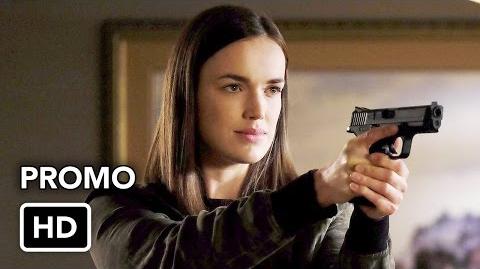 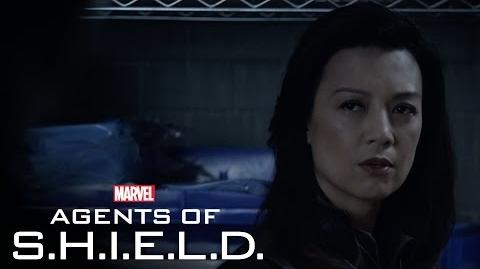 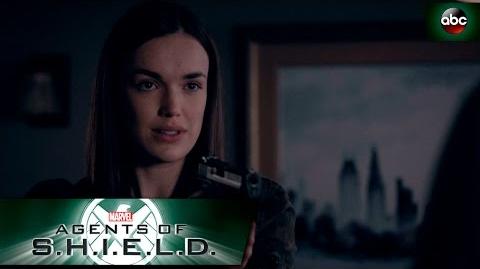 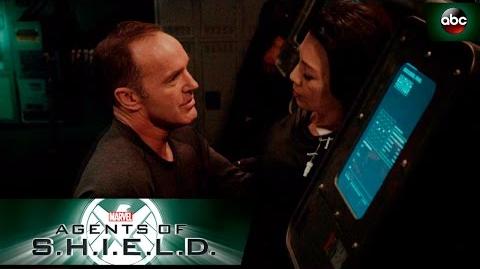 Coulson and May Escape the Framework - Marvel's Agents of S.H.I.E.L.D. 4x20 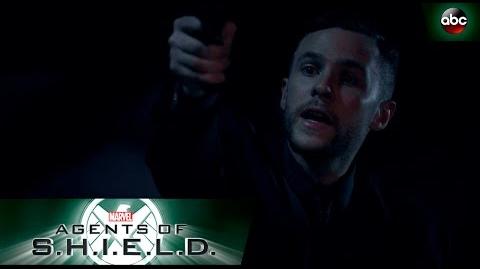 Retrieved from "https://marvel-movies.fandom.com/wiki/Agents_of_S.H.I.E.L.D._Episode_4.20:_Farewell,_Cruel_World!?oldid=188880"
Community content is available under CC-BY-SA unless otherwise noted.