"Orientation Part Two" is the second episode of the fifth season of Agents of S.H.I.E.L.D..

Coulson and the team find themselves stranded on a mysterious ship in outer space, and that’s just the beginning of the nightmare to come.

May and Simmons go back inside the outpost after discovering they're in orbit around what remains of Earth. They find Coulson and Deke, and try to plan their next movie. Until they can figure out a way to return to the past, Deke offers to give implant metrics in their wrists so they can blend in. They're suddenly interrupted by Tess, another scavenger, and Deke tells updates her about what happened to Virgil. Deke heads off to find Daisy, Mack, and Yo-Yo once Tess offers to double what Virgil owed him, while Tess takes the rest of them to the Exchange, humanity's main living area on the outpost. On the way there, she explains that the outpost, "the Lighthouse," was a survival bunker when the Earth was torn in half by a cataclysmic event. The Kree arrived to restore order, and destroyed the historical records to keep humanity focused on their future. Although the Kree often abuse their human subjects, what little remains of humanity relies on the Kree for survival.

Tess takes Coulson to Virgil's apartment, where Coulson finds a notebook Virgil hid among the artifacts of the old world he collected. Tess' boss, Grill, confronts her about the ship May and Simmons took out earlier, and says she owes him double now that Virgil is gone. May and Simmons witness a fight break out on the floor of the exchange over food rations. One of the Kree's human servants is stabbed in the fight. The Kree take Simmons away when she looks after his wound rather than let him bleed out. Deke, Daisy, Mack and Yo-Yo meet up with the Tess, Coulson and May in the Exchange after they dispose of the Reaper's bodies before the Kree could find them and kill several more humans in retaliation. Deke takes Tess aside after he hears about what happened to Simmons. Suspicious of Deke's motivations, Daisy follows him to his "gallery," where people pay to enter a Framework simulation to escape the brutal reality of life in the Lighthouse. Daisy passes out when she walks under Deke's transmitter, and finds herself in a simulation with Deke.

The Kree take Simmons to see Kasius, the Kree in charge of the Lighthouse. Kasius begins to take a liking to her, and orders his enforcer Sinara to begin a "renewal" among the humans. Back in the Exchange, Coulson, Mack and Yo-Yo steal a tablet from a Kree, and give it to Grill in exchange for implanting their metrics. The renewal begins while they are in Grill's shop. The Kree select a group of low earners, each of which will either have to be killed or kill another before the renewal ends. One of them grabs the shotgun the Kree dropped on the Exchange's floor and heads to Grill's shop to get revenge on him for not paying him earlier. Grill leaves Coulson, Mack and Yo-Yo behind as decoys while he goes into hiding. May tries to fight the scavenger off when he threatens them with the gun, only for Tess to grab the shotgun and kill him instead. Grill claims the team work for him when a Kree watch commander comes by to check on the renewal's end.

Kasius demands to see his servant's wounds to see if he is still fit to serve him. Even though the stab wound will heal and he only has a small cut on his face, Kasius demands perfection from anyone who represents him, and has Sinara kill the servant. Kasius extracts something from the servant's ear and places it in one of Simmons'. Whatever Kasius put in her ear causes Simmons to lose her hearing. Meanwhile, Daisy confronts Deke about using the Framework to sell people a lie. Deke, however, reminds her that the Earth is gone, the entire human species is one breath away from extinction. Deke pauses a TV playing a news report about Daisy saving Los Angeles. He went into the Framework to confirm that Daisy was Quake, the person he believes tore the Earth apart. Later, Simmons is made up to replace Kasius' servant. Kasius the only voice she can still hear tells her she's just in time for his guests as another ship appears outside the Lighthouse. 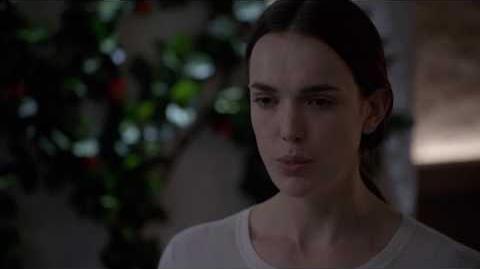 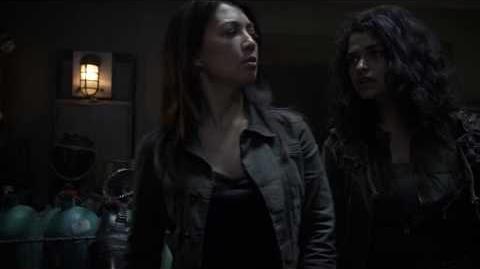 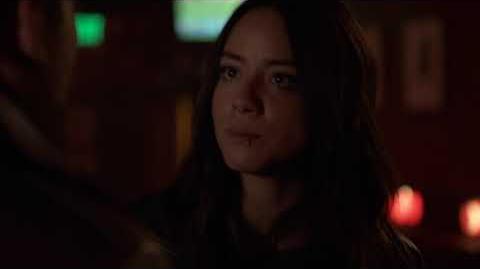 Retrieved from "https://marvel-movies.fandom.com/wiki/Agents_of_S.H.I.E.L.D._Episode_5.02:_Orientation_Part_Two?oldid=205925"
Community content is available under CC-BY-SA unless otherwise noted.