"Rewind"
"A Life Earned" is the fourth episode of the fifth season of Agents of S.H.I.E.L.D..

Coulson and the team discover their captors' true intentions.

Daisy is taken to the Kasius' arena, where she meets Ben, a telepathic Inhuman gladiator. Kasius makes her put on a display of her powers for Lady Basha, which she does by attacking the gladiators' trainer. Although Basha is willing to pay a high price for her, Kasius instead holds onto the "Destroyer of Worlds" to spite Basha for her earlier rebuffs. Kasius gives Deke a valuable rhodium coin for his find, and Deke denies he knows anything about other S.H.I.E.L.D. agents from the past on the Lighthouse. Later, Kasius questions Daisy and Simmons together about how they arrived at the Lighthouse, and has Ben act as a lie detector. Daisy tells Kasius she took Simmons to diner to talk to her about Fitz's grief after they came out of the Framework when men abducted them and sent the two of them alone into the future. Kasius then forces Simmons to repeat the same story, knowing she could not have heard Daisy due to the device in her ear. Ben, however, telepathically tells her what she said a power the Kree do not know he has so she can perfectly reproduce Daisy's story.

Grill wants Mack to rough up a scavenger, Gunner, who owes him. If the scavenger doesn't pay up, Mack is supposed to take an important package away from him. He and Yo-Yo try to force Gunner to pay up what he owes Grill. Mack backs off him once he realizes the package is a baby, but Gunner still shames him for what he was willing to do to an infant. These insults dig into Mack's own grief about his own daughter, Hope. Meanwhile, Deke takes Coulson and May to the outpost's medical floors where he told them he last saw Daisy. There, they find Gunner's package an infant. The Kree treat newborns as a commodity, with parents chosen based on their child's potential to carry Inhuman genetics. The two S.H.I.E.L.D. agents realize Deke sold Daisy out to the Kree when May finds their file on her in one of their computers.

Before Deke can explain why he did this, their caught by Kree guards. May and Coulson choose to fight them. May stays behind to distract the guards while Coulson and Deke escape, bringing her face-to-face with Sinara. While May gives it her all despite her wounded leg, she's eventually captured by the Kree enforcer. Deke tries to explain to Coulson why he sold Daisy out to Kasius; that the Kree would kill large numbers of people in retaliation. When he was still a child, Deke saw his own mother dragged away and murdered by the Kree for telling people about the legend of S.H.I.E.L.D., and his father was sent to the Earth's surface not long afterwards for continuing her work. However, his father's voice is the one they heard on Virgil's radio. Coulson isn't moved by Deke's story, and forces him to give up the rhodium coin Kasius paid him. Coulson gives the coin to Mack to cover for Gunner's debt, and Mack welds Deke inside a small room.

Kasius welcomes a large group of potential buyers to the Lighthouse, each there to witness an exhibition of Quake's powers in the arena. One of the buyers steps forward to suggest that Quake should fight to the death. He takes off his mask, revealing himself to be Fitz. 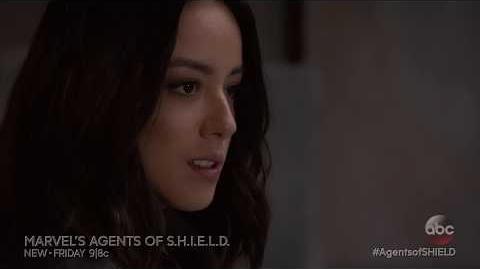 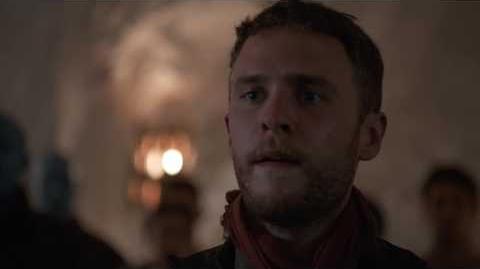 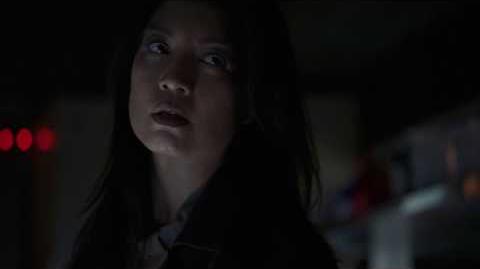