Alison Blaire, also known as Dazzler, is a mutant who possessed the ability to convert sound into light beams of various forms and intensity.

Dazzler was singing a song to the mutants with stars all over her at a concert. However, when Jean was losing control, she attacked all of the mutants including Storm, Nightcrawler, Cyclops and Dazzler.

A list of mutants on Stryker's computer. Blaire's name is third from the top.
Add a photo to this gallery 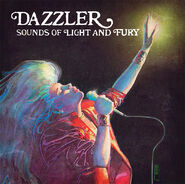 Retrieved from "https://marvel-movies.fandom.com/wiki/Alison_Blaire?oldid=277352"
Community content is available under CC-BY-SA unless otherwise noted.