Venom
Venom: Let There Be Carnage

Michelle Williams
Anne Weying is a lawyer and the ex-fiancée of Eddie Brock.

Anne Weying is a lawyer working for a firm that represented the Life Foundation. She arranged for her boyfriend, investigative reporter Eddie Brock, to interview the Life Foundation's CEO Carlton Drake. However, Eddie broke into Anne's e-mails and used information from confidential messages to confront Drake over his unethical business practices. The incident causes Anne to be fired from her job, and she ends the relationship with Eddie, citing all the flaws that she's so far overlooked because she loved him.

After the battle, Anne believed that the Venom Symbiote was dead and rekindled her friendship with Eddie, unaware that Venom survived and the pair were fighting crime in the city. 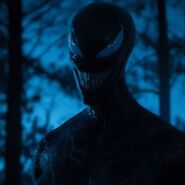