I am sorry... All I can give you... is my knowledge.Anton Vanko

Anton Vanko was a Soviet scientist and inventor who worked with Howard Stark.

"Now is Not the End"

Both Peggy Carter and Edwin Jarvis went to Anton for help with finding the Nitramene that emitted Vita Radiation.

Anton Vanko met up with Howard Stark. They discussed the arc reactor technology. Although Anton was worried, Howard was resolute of everything working out perfectly.

Anton Vanko is the other side of that coin. Anton saw it as a way to get rich. When your father found out, he had him deported.Nick Fury

Anton Vanko and Howard Stark worked on developing the Arc reactor technology together. Vanko was removed from the project and deported to Russia where he raised his son Ivan. He was bitter about it and claimed just before his death that it should be Ivan in Tony Stark's position instead and that Ivan should use what he had been taught.

Anton Vanko is a brilliant physicist and a great inventor, a man of the same caliber as Howard Stark, but without his morals. He put on the façade of being a good-hearted and nice scientist, earning Howard and Peggy's trust, but turned out to be an amoral, remorseless spy for the Soviet who did not hesitate to expose the secrets of Howard's technology and despite being captured, he showed absolutely no remorse for it and even said that all that mattered to him was money. The subsequent deportation and years of exile left Anton extremely bitter and with deep rage and hatred towards Howard and Stark Industries and in addition to becoming an alcoholic, he would abuse his son and teach him to get revenge, which led to Ivan ultimately dying at the hands of Tony. However, Anton still loved his son, as he genuinely felt guilty he couldn't give Ivan a life of luxury or leave behind anything but his knowledge and hatred for the Stark Family. 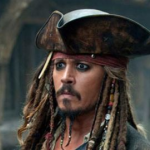 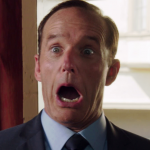