The Black Widow's bite were used when Natasha was fighting security at Hammer Industries.

Natasha uses them during the Battle of New York against Loki and the Chitauri forces in Manhattan.

Natasha uses the Black Widow's bite against Georges Batroc's mercenaries on board the hijacked ship the Lemurian Star.

Courtesy of Tony Stark, Natasha gets to flaunt new fighting batons, which are based on Escrima Sticks. But Natasha's two sticks are charged exactly the same as her stingers, so when she jabs, she is not only striking her opponent, but delivering a massive jolt of power as well.

Natasha used Black Widow's bite to shock Ant-Man while been carried by him in ant sized form. She also uses it shoot electric pellets at Black Panther in order to stun him for a short period of time.

The Black Widow's bite charging up. 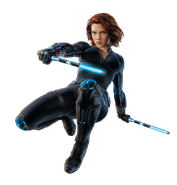 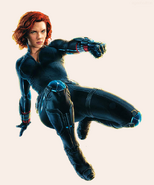 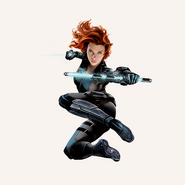 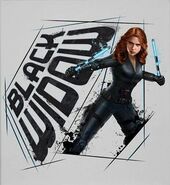 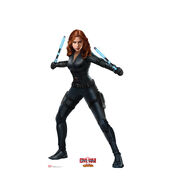 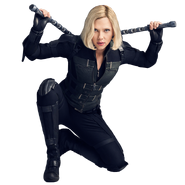 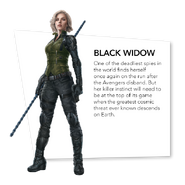