"There are no prisoners with HYDRA. Just order, and order only comes from pain. Are you ready for yours?"
―Rumlow[src]

Brock Rumlow was a highly trained S.H.I.E.L.D. agent who was the team operative of the sub-blackops division known as Strike. He was revealed to be a sleeper agent for HYDRA, and later became the terrorist known as Crossbones.

Brock Rumlow and his Strike team arrived at Stark Tower, following Loki's defeat by the Avengers, to retrieve the Chitauri Scepter and take it to Dr. List and Baron von Strucker.

During one operation, Rumlow assisted Captain America and Black Widow in the recovery of the stolen Zodiac weapon and the apprehension of the terrorists that stole it.

Rumlow and the Strike team, accompanied Captain Rogers and agent Romanoff on a mission to the Indian Ocean to rescue a S.H.I.E.L.D's ship the Lemurian Star from the Algerian pirate Georges Batroc. After the mission, Nick Fury became suspicious of Project Insight, which unknown to him was HYDRA's plot to use a fleet of Helicarriers to kill millions of individuals targeted by an algorithm designed by Arnim Zola to select potential threats to global stability. Once the Winter Soldier (apparently) killed Fury, Alexander Pierce, the highest-ranking HYDRA agent within S.H.I.E.L.D, had Rumlow and Strike spearhead the operation to bring in Steve Rogers. However, a surprise attack on Rogers in an elevator at the Triskelion failed, allowing Rogers to get away. Strike were later able to capture Rogers and his comrades Natasha Romanoff and Samuel Wilson after a fight with the Winter Soldier, although the three were again able to escape captivity with the help of Maria Hill. During Rogers' attack on the Insight Helicarriers, Rumlow attempted to stop Natasha and Fury, only to encounter Sam Wilson. The two engaged in a visceral fight, ending in Wilson escaping from a window as a Helicarrier rammed into the Triskelion, destroying the building. Rumlow was recovered by paramedics, badly burned and wounded.

Rumlow had escaped from prison and began a career as a mercenary.

"There you are, you son of a bitch! I've been waiting for this!"
―Brock Rumlow[src]

Rumlow had assembled a team of mercenaries and went to Lagos, Nigeria, to the city's Center for Disease Control in order to attain a biological weapon. He was sporting a new suit with many advancements with a new identity, Crossbones. He was quickly apprehended by Captain America, Black Widow, Sam Wilson, and Scarlet Witch. His team was easily defeated while he made a getaway with the vial containing the weapon and what remained of his men. Knowing that they couldn't escape the Avengers, he sent the vial with his men while he stayed behind. He ambushed Captain America, fighting him in revenge for the Triskelion collapsing on him during the events of Captain America: The Winter Soldier. However, Captain America gained the upper hand by pulling off his gauntlets. Exhausted and angry, Rumlow pulled off his mask, revealing his horribly burned face. Rumlow then told Captain America that James "Bucky" Barnes had sent them. Steve was shocked by this accusation and in the brief moments when he was distracted, Rumlow pulled out a detonator for a suicide bomb vest that he was wearing. He attempted to detonate it in an attempt to kill Rogers, but the explosion was held back by Wanda Maximoff, who attempted to prevent the explosion from harming any civilians by raising him into the sky. However, the bomb detonated next to a building, killing Rumlow and the occupants of the building, Wakandan citizens. Rumlow's final act resulted in the Sokovia Accords being founded, which led to the Avengers Civil War.

In 2012, the Avengers created an alternate timeline in which they encountered Brock Rumlow.

A highly trained operative on S.H.I.E.L.D.'s counter-terrorism Strike team, Rumlow was an excellent soldier and often battled side-by-side with Captain America, for whom he had great respect. Rumlow was eventually revealed to be a HYDRA supporter under the order of Alexander Pierce, and attempted multiple times to apprehend Captain Rogers and Natalia Romanoff.

Rumlow showed to be a loyal HYDRA agent. He will go to extreme lengths for HYDRA, as when he threatened to kill the man in control of the Insight Helicarriers launch sequence. However, after his battle with Sam Wilson, which resulted in the Triskelion collapsing on him, Rumlow was heavily injured. This caused him to become bloodthirsty and vengeful. 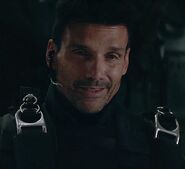 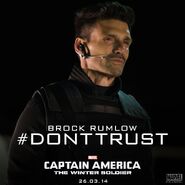 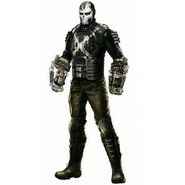 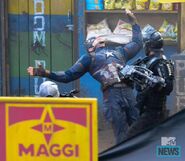 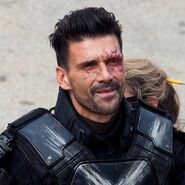 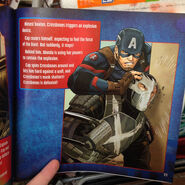 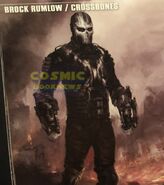 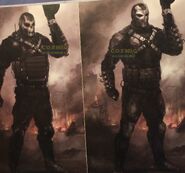 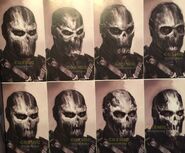 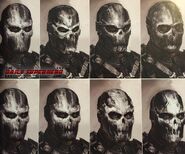 Retrieved from "https://marvel-movies.fandom.com/wiki/Brock_Rumlow?oldid=271198"
Community content is available under CC-BY-SA unless otherwise noted.