"I'm sorry, Mr. Stark, but do you honestly expect us to believe that was a bodyguard in a suit that conveniently appeared?"
―Christine Everhart [src]

Christine Everhart is an anchorwoman for WHiH World News and a former investigative journalist of Vanity Fair.

At some point, Christine attended Brown University and eventually graduated.

Christine was investigative journalist for Vanity Fair who approached Tony Stark, the CEO of Stark Industries and interviewed him about Stark Industries' business practices in weapons manufacturing. Tony charmed her and the two of them end up having a one-night stand before he left for Afghanistan.

Later, at a press conference, Christine told Tony of the Ten Rings in Gulmira, suspecting him of being Iron Man.

Christine accompanied Justin Hammer in Monaco, since she had to interview him for Vanity Fair, trying at the same time to make Tony jealous as she flirted with Justin. Tony doesn't seem to care about her and, along with Pepper, humiliated her and Justin. Christine lost interest in Hammer when Tony told her that he had lost the contract with the government.

In a more in depth news report, Christine examined Scott's imprisonment for a cybercrime and revealed he was released after three years of a five year sentence.

Christine presented WHIH Newsfront covering the fallout of the Avengers' activities in Sokovia and the continuing aid efforts.

"WHIH Newsfront - The Cost of Saving the World"

"WHIH Newsfront - The Avengers and the White House"

Christine mentioned a call for superhero transparency and control in the wake of the events in Sokovia.

Christine is a professional journalist, always focused on her career and disposed to do anything to have an interview. She often uses her beauty to get close to important characters like Tony Stark or Justin Hammer. 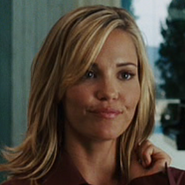 "WHIH Newsfront: The Cost of Saving the World"

"WHIH Newsfront: The Avengers and the White House" 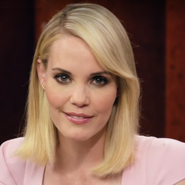 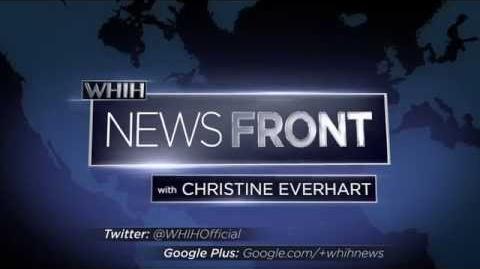 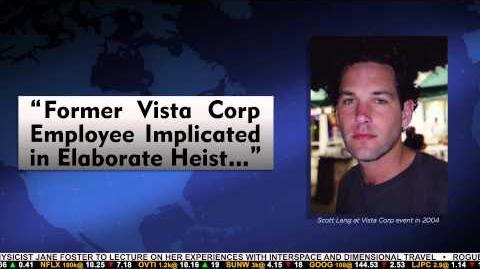