"I was there to spark and fan the flame of man’s awakening. To spin the wheel of civilization. And when the forest would grow rank and needed clearing for new growth, I was there to set it ablaze."
―Apocalypse[src]

En Sabah Nur, also known as Apocalypse, was a class 5 mutant who was widely believed to be the world's first mutant in existence. Throughout his life, he had been worshiped as a god by humans.

In Ancient Egypt, thousands of people bowed down to En Sabah Nur and chanted his name as he constructed a Pyramid using his abilities. In the background, the Four Horsemen of Apocalypse observe his power.

The Ages of Apocalypse

At some point he brought about the sinking of Atlantis.[1]

In 3600 BC, people were bowing and chanting the name of En Sabah Nur. En Sabah Nur was brought into a pyramid by his four horsemen--Death, War, Famine, and Pestilence. A process was set for En Sabah Nur to transfer his consciousness into a younger body. This new host body had an accelerated healing factor that allow him to heal injuries very quickly and age more slowly. As the sun hit the top of the pyramid, the process began. However, rebels who had grown tired of living under Apocalypse's rule hurled pillars to kill En Sabah Nur and the horsemen. The Horsemen fought back but the pillars began to destroy the pyramid killing them all except Death. Death in her last moments managed to form a barrier so that En Sabah Nur would not be crushed. The process was complete but En Sabah Nur remained trapped under the rubble for thousands of years, dormant.

The Ages of Apocalypse

Apocalypse united Egypt under his rule in 3100 BC, crushing all opposition. Clan Akkaba formed, pledging their lives to enforce his philosophy of survival of the fittest.

Apocalypse came to the city-state of Athens around 430 BC, but was shunned by Athena's worshipers. Clan Akkaba unleashed a plague that killed over 75 thousand.

In 64 AD, learning the Emperor Nero had no intention of honoring Apocalypse as a god, Clan Akkaba revolted, causing the Great Fire of Rome. In 79 AD, Apocalypse came to Pompeii, and disgusted by the city's decadence, erupted Mount Vesuvius to destroy it.

Around 800 AD, the Maya civilization in North America collapsed due to his meddling.

In 1983, Moira MacTaggert discovers a hidden chamber underground in Cairo that leads to where En Sabah Nur is. Due to the events of ten years earlier, with Magneto attacking the peace summit in Paris and being stopped by Mystique, cults had formed around the world worshiping mutants as gods. The cult that worshiped En Sabah Nur was chanting in his chamber causing him to be revived. The followers are buried by the explosion his revival caused but Moira escapes in time.

Later, the newly revived En Sabah Nur saves Storm, a mutant pickpocket, from men who had caught her stealing. The men had threatened to cut off her hand. However, En Sabah Nur uses his powers to decapitate three men with sand and then traps the last man in a wall. Ororo invites him to her home, thanking him. He absorbs knowledge from the TV to catch himself up on the last few thousand years. Based on what he has seen, he declares that the world must be cleansed and that man has lost his way. He enhances Ororo's powers, making her stronger but also turning her hair white.

Later, he and Ororo/Storm teleport to East Berlin, looking for more powerful mutants. They come across Caliban, the black marketeer. Caliban draws his gun, but his gun and bullets are turned into dust by En Sabah Nur. As he comes closer, Caliban is defended by Psylocke, his bodyguard. Impressed with her power, En Sabah Nur enhances Psylocke's powers--recruiting her to his cause.

Psylocke leads En Sabah Nur and Storm to the next recruit, Angel, a mutant ex cage fighter. His wings had been damaged in battle by Nightcrawler, so he couldn't fight anymore and resorted to alcoholism. They find Angel in an abandoned building drinking and blasting Metallica. En Sabah Nur enhances his powers, giving him techno organic wings with knives for feathers. Angel becomes one of his followers.

Erik Lehnsherr had lived under the alias of Henryk Gurzsky in Poland. After his co workers at the factory had discovered his powers, policemen had confronted him. In the confrontation, his wife and daughter were accidentally killed. He had killed the policemen and was about to do the same to his co workers for betraying him. Suddenly, En Sabah Nur appears with Storm, Angel, and Psylocke. After Erik says not to interfere with him killing the men, En Sabah Nur kills them for him. Telling Erik to come with him, he takes him to Auschwitz, where his powers first manifested. Erik's powers are enhanced and he destroys Auschwitz. He is then given a new helmet and armor, becoming a follower.

When Charles Xavier uses Cerebro to look for Erik, En Sabah Nur interferes and hacks into Cerebro. He causes the world to disarm itself of all nukes and attempts to use it to find other mutants, but Alex destroys it before he does. En Sabah Nur appears in the mansion and abducts Xavier. Alex tries to stop him, firing a blast, but the blast misses and causes an explosion that destroys the mansion. However, Peter Maximoff saved everyone in time.

Later, in Egypt, En Sabah Nur plots to transfer his consciousness into Xavier to use his superior telepathy and enslave the minds of everyone on earth. The ritual happens in a pyramid while Erik/Magneto produces a strong magnetic field. Mystique and Peter/Quicksilver try to reason with him, while Nightcrawler/Kurt goes to save Xavier. Nightcrawler has a rematch with Angel and manages to trap him, then saves Xavier and teleports him to William Stryker's stolen jet where Moira and Jean are. The jet is attacked by Angel, who carries Psylocke with him, when they try to escape. The roof is cut off by Psylocke and then Jean uses her powers to sabotage the controls. Nightcrawler teleports them to safety, while Psylocke escapes the plane and Angel was trapped inside. The plane crashes and Angel is killed, En Sabah Nur looking at his body and declaring that he is useless.

Because of En Sabah Nur's "godly" status in the world, he had developed a god-complex, having been worshiped as a deity over the years in various places. En Sabah Nur was born with numerous superhuman abilities, so much so that he proclaims himself as not only a god, but a "savior" of sorts in order to establish a new world in the wake of the previous one.

En Sabah Nur was a ruthless and manipulative mutant, as such he uses his manipulative streak to recruit many followers, including new ones. Apocalypse has also been shown to be very callous, shown when he looks down at a defeated Angel and only says that Angel was "useless". While he is tremendously powerful, he is also shown to be psychopathic, having no care for the consequences of his actions, and exposes one's weakness on a psychological level for his own personal gains. Apocalypse even has no qualms about killing other mutants who would dare defy him.

Also, En Sabah Nur was a pure megalomaniac as he was proving to be relentless about his goal to take over the world and to restore the mutants to rule the world as they did on his times, as well as he is immensely loved the fanning of his people as they saw him as sort of a god - incidentally confusing himself with God itself. 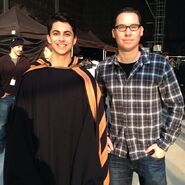 Brendan Pedder with director Bryan Singer on set.
Add a photo to this gallery 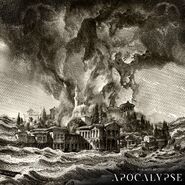 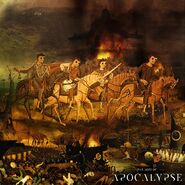 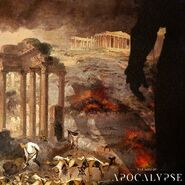 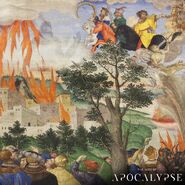 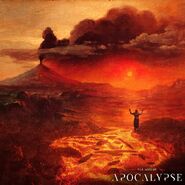 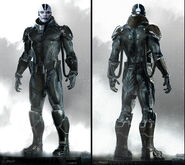 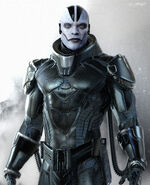 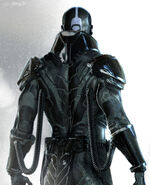 Retrieved from "https://marvel-movies.fandom.com/wiki/En_Sabah_Nur?oldid=276958"
Community content is available under CC-BY-SA unless otherwise noted.