​The Mark III armor was designed and created by Tony Stark after he discovered both the Mark II's icing flaw as well as a short in it's power source. It features even more articulation and sleekness of design than the Mark 2 armor, as well as a gold-titanium alloy shell and an upgraded power generation unit.

Stark Industries' signature targeting systems were added to the Mark III. Each projectile weapon, carrying its own microcomputer, could communicate wirelessly with the targeting system even after launch, tracking the most mobile targets and even changing targets en route. The Mark III System offers remarkable durability without compromising mobility. This armor was constructed as a flexible foundation from which further improvements can be made.

Stark confirmed that this lightweight yet extraordinarily strong alloy shell consists of 95.5% titanium and 4.5% gold and is coated on the interior with a dense, high-tensile synthetic fiber, similar to Kevlar 49.

After the Mark II suit develops an icing problem at high altitudes, Tony has J.A.R.V.I.S. begin designing the Mark III using the gold-titanium alloy Stark Industries utilized for the Seraphim satellite to solve the icing problem. Not liking the idea that the suit will be all gold, Tony has it painted hot rod red. As Tony departs for a party, J.A.R.V.I.S. begins crafting the suit.

After learning from Christine Everhart that the Ten Rings has taken over Ho Yinsen's home village of Gulmira with Stark Industries weapons, Tony dons the Mark III to liberate the village and destroy the weapons. Tony arrives as Abu Bakar and his men are terrorizing a group of villagers, killing Bakar's men and saving the villagers. After giving Bakar to the villagers to deal with, Tony is shot out of the sky by a tank, but takes it out with one of the armor's anti-tank weapons. He then uses the armor's repulsors to destroy the Ten Rings' stock of Jericho Missiles. However, the US military intercepts him on his way back to America, leading to Tony dodging their attacks and calling James Rhodes to call off the fighter jets. After accidentally causing one to crash, Tony saves the pilot and escapes.

After Obadiah Stane steals Tony's arc reactor to power his Iron Monger armor, Tony goes after him in the Mark III using his old Mark I chest piece. However, the Mark I chest piece is not designed to be used with the Mark III armor, leaving it underpowered and rapidly draining the arc reactor. The Mark III suffers heavy damage, but briefly gains the upper hand by leading Stane high into the atmosphere where Stane's armor ices up, Stane having never fixed the icing problem with his suit as Tony did with the Mark III. Nearly out of power, Tony lands on the Stark Industries roof where he orders Pepper Potts to overload the factory's arc reactor and blast the roof. Tony manages to avoid Stane's attacks and Pepper overloads the reactor, killing Stane and knocking Tony unconscious in his armor. 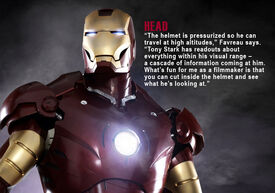 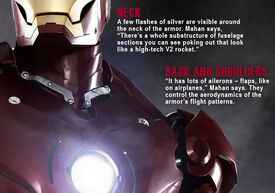 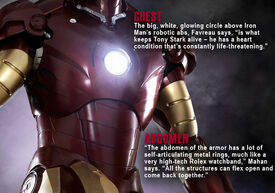 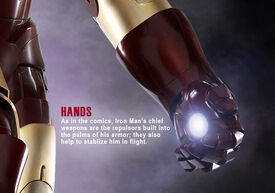 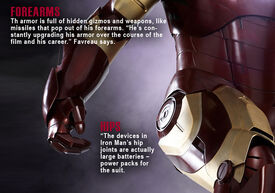 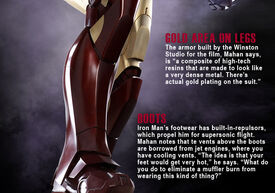 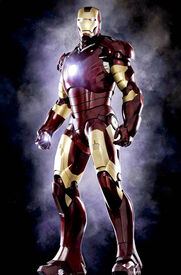 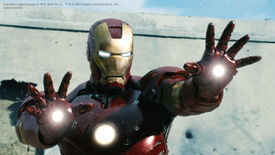 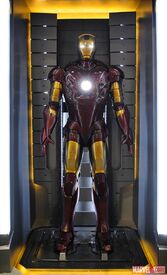