​ ​The Mark XVIII Stealth Artillery Level RT suit (nicknamed Casanova) was built after the New York battle. It gets it's name from it's oversized RT chest, like Heartbreaker. 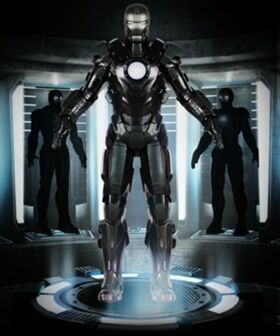 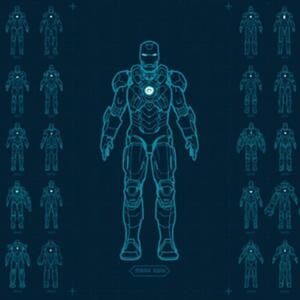 It has an oversized RT chest that fires powerful blast and generates forcefields. It also has a heavily advanced cloaking system based on the Mark XVI. It was modified so that it could be used for both stealth and heavy combat. It features characteristics of both Heartbreaker and Sneaky Armors.

The suit was created after the New York battle. Tony realized that there couldn't be one suit that could do anything, so he started building suits specializing in certain areas, but Tony decided to combine the Stealth Armors and Heartbreaker into one suit. Afterwards it was added to the Hall of Armor and the Iron Legion. When the "House Party Protocol" was ordered, it and the rest of the legion flew to Tony's side and fought off the Extremis soldiers. It was either destroyed by the "Clean Slate Protocol" or the Extremis soldiers.