Laura, who was given the code name X-23, part of the Transigen Project, that was used to try to replicate William Stryker's creation of The Wolverine. Really, he just gave him metal claws. The project had many outcomes on many different test subjects, but Laura's results resembled Wolverine the most, as she had 2 retractable claws in each hand. Laura was genetically related to Wolverine, since they gave her some of Logan's blood, which they extracted before he was released (seen in the movie: X-Men: Apocalypse).

When the X-23 project was deemed a failure after the success of the X-24 project, X-23 was spirited away from Transigen by her nurse, Gabriela Lopez, who had named her Laura. Gabriela wanted to get her to North Dakota to the mutant haven known as Eden, and tried to get Logan to help them. After Gabriela was killed by the Reavers, X-23 ended up in the company as Logan and Charles Xavier on the run. They continued to head north. They encountered the Reavers many times, one which ended with Charles's death. But, they kept going.

However when Laura realized that Logan planned to leave her with them Laura was hurt despite Logan claiming that everyone he cares about dies. When they were finishing their journey to the Canadian woodlands, X-23, and the Reavers followed them. With no choice, Logan takes a serum that genetically enhances his powers. Logan slashes, stabs, and claws at the Reavers until no more stand. He then fights X-24. He was winning, but his serum was wearing off, and he started to fall behind. After X-24 stabbed him, he brought him over to a tree that was sheared off, and impaled him on a sharp piece of the tree body that was sticking up. With Logan's regeneration powers gone, he was doomed to die. Just as X-24 went to finish him off, then and there, Laura used the adamantium bullet, that Logan planned to use to commit suicide, if, and when he felt/needed to do so to shoot X-24 in the head, killing him for good. Laura rushed over to her father, but could do nothing as he died.

The kids buried him, knowing that if he hadn't died, then there would be no more mutants. He sacrificed himself for them. The kids were very upset, especially Laura, who recognized Loga, not just as a mentor, or a guide, but as her father (which he was). After the children left, Laura stopped, and took one last look at his burial spot, and went back. She turned the cross to make an X, resembling that he died an X-Men. Not only that, but that he aws the last X-Man.

Laura has no knowledge of the outside world, or how it works. This is because she was isolated by Transigen for her whole life. As a result of this, Laura doesn't know much about how the world works and how to act around people she doesn't know.

Laura has many of the behavioral traits that her father had. She's easily angered, and resorts to violence whenever she doesn't get her way - as seen when she flips the store clerk on to the ground and nearly stabs him just because he took away her snacks; as well as the time she punched Logan in the face when he told her that he couldn't get her to North Dakota and told her that Eden didn't exist. Though it isn't her fault, since she was engineered and taught to fight and to be a soldier.

Even though she does have some anger issues, Laura exhibits kindness and selflessness. Some examples of this, is when she shielded Charles from being shot while escaping the Reavers for the first time. She also silently tried to comfort Logan after Charles's death, by putting a comforting hand on his wrist.

Laura is very mature for her age, as she was forced to grow up too quickly by Transigen, in order to be a soldier in their army of mutants. She seems to understand that Logan wanted to die, and that he is being slowly poisoned by the adamantium on his bones. In the end, even though Laura and Logan hadn't always gotten along, Laura was visibly upset at Logan's death. She had come to see him as her father, as someone who knows what it's like to be experimented on and used. She even, as Logan laid dying, called him "daddy", and refused to leave his side as he took his last breath. 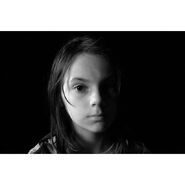 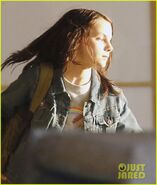 Retrieved from "https://marvel-movies.fandom.com/wiki/Laura_Howlett?oldid=279769"
Community content is available under CC-BY-SA unless otherwise noted.