"Everywhere and every-when I went, it caused a nexus event. Sent up a smoke flare. Because I'm not supposed to exist."
―Sylvie Laufeydottir[src]

Sylvie Laufeydottir (born Loki Laufeydottir) is a dangerous, female variant of Loki Laufeyson that was being hunted by the Time Variance Authority and referred to as The Variant.

As a variant of Loki, Sylvie shares all of his powers. However, she has trained her magical abilities to a greater degree than either the original Loki or the variant Loki although she appears to lack some of their skills such as conjuration. 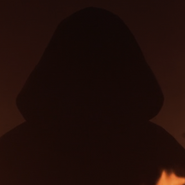 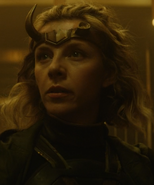 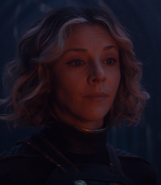