Marvel One-Shot: A Funny Thing Happened on the Way to Thor's Hammer

Marvel One-Shot: A Funny Thing Happened on the Way to Thor's Hammer

4 mins
A Funny Thing Happened on the Way to Thor's Hammer is a short featuring Agent Phil Coulson between the events of Iron Man 2 and Thor. It is featured on the Captain America: The First Avenger Blu-ray.

The short film picks up after Agent Coulson leaves Tony Stark's lab in Malibu during Iron Man 2, and occurs before he arrives solo at the crater site in Thor. Coulson stops at a gas station to fill up his car and as he tries to decide between which donuts to buy, two armed robbers enter the shop and hold the night clerk at gun point telling her to empty the cash register. Coulson reveals himself to the criminals and feigns stupidity, offering to surrender his pistol. However, he tricks them into allowing him to slide it over through the next aisle, and while they are distracted, the agent takes them both down. Agent Coulson then casually pays for his donuts and leaves, the night clerk staring in awe. 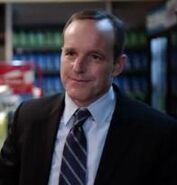 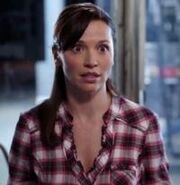 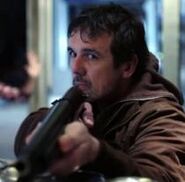 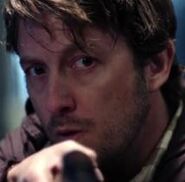