Edward James Olmos
Robert Gonzales was an agent of S.H.I.E.L.D.. He was part of the counsel that fought to bring peace between Jiaying's Inhuman settlement and S.H.I.E.L.D.

Alphonso Mackenzie introduced Lance Hunter to Robert Gonzales and the leadership of the "real S.H.I.E.L.D." which Hunter learned was founded on the ideal of transparency, rather than Nick Fury's mantra of compartmentalization. They saw Coulson and his erratic behavior as a threat needing to be neutralized, and tried to convince Hunter to join them. However, Hunter escaped, and Bobbi Morse was sent to attack Coulson's S.H.I.E.L.D before Hunter reached them. 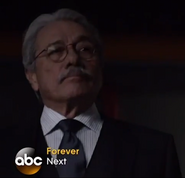 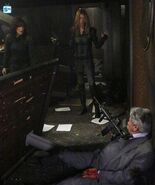