43-54 mins
Runaways is a Hulu series that is part of the Marvel Cinematic Universe following a group of teenagers who are on the run after learning that their parents are supervillains. The first season aired on Hulu from November 21, 2017, to January 9, 2018. The series was renewaled for a second season on December 21, 2018. The series was cancelled for a third and final season on December 13, 2019.

Every teenager thinks their parents are evil. But what if they really were? When six L.A. teens stumble onto a terrible secret, they realize their parents have been lying to them all their lives. But what are their parents after? And why? While the kids investigate, the adults start to wonder if their kids are hiding secrets of their own. The parents close in on the truth just as the kids uncover a plan with devastating consequences. Now, this unlikely crew of teenagers must band together to stop their parents before it’s too late.

In Season 2, the Runaways have left their homes (and evil parents) behind and now have to learn to live on their own. As they scavenge for food, search for shelter, and take care of one another, our kids begin to realize, for better or worse, they're stuck with each other. And it's up to them to take down P.R.I.D.E. once and for all. But someone sent a mysterious message to Jonah... Is there a mole in the Runaways? Meanwhile P.R.I.D.E. is focused on finding their children, and Jonah has his own dangerous plan in mind.

In an action-packed Season 3, the Runaways frantically search for their captured friends Chase Stein, Gert Yorkes, and Karolina Dean. The kids go head to head with an unstoppable enemy who has targeted Leslie — or more accurately, the child she’s carrying. Nico Minoru draws them all into a dark realm where its ruler Morgan le Fay, played by Elizabeth Hurley, is much more nefarious than anyone the kids have yet to face.

In 2008, Marvel Studios began developing a script based the comic series Runaways with Brian K. Vaughan writing and Kevin Feige producing.[1] In April 2010 director Peter Sollett emerged as the front runner to direct the movie.[2] In May 2010, British screenwriter Drew Pearce was reported to be writing the film for Marvel Studios.[3] In July 2010, it was reported that filming would begin in March - July 2011.[4] On August 5, 2010, casting for the film began.[5] Actress Keke Palmer was approached for a role in the film.[6] Lucas Cruikshank also auditioned for a role in the film.[7] On September 24, 2013, Pearce revealed that the film is now shelved due of the success of The Avengers.[8] In August 2016, Marvel Television, along with ABC Signature Studios and Fake Empire Productions, announced Marvel's Runaways had received a pilot order, along with additional scripts, from the streaming service Hulu, based on the team Runaways. The pilot is written by Josh Schwartz and Stephanie Savage, who also serve as executive producers of the series, along with Jeph Loeb and Jim Chory; Lis Rowinski serves as producer. Runaways was developed under an overall deal Schwartz and Savage's Fake Empire had with ABC Studios.[9]

In September 2016, it was revealed that Tamara Becher will be writing for the series.[10] 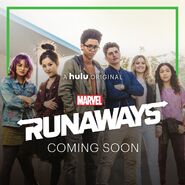 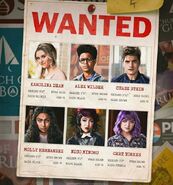 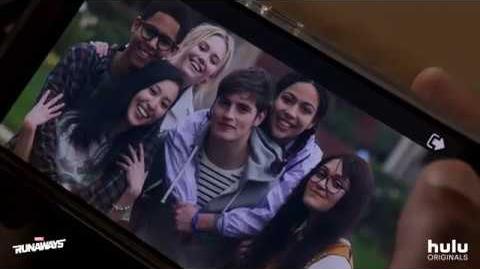 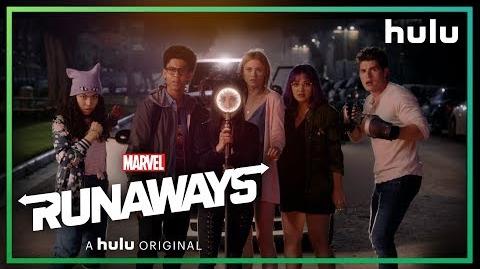 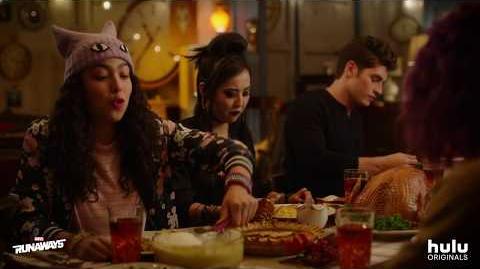 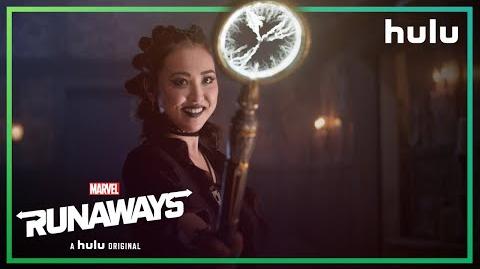 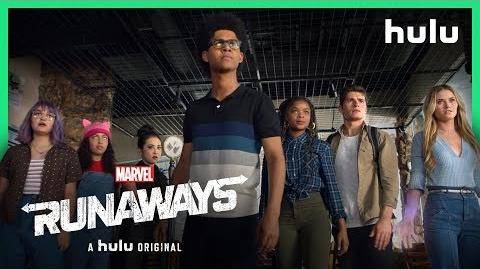 Elizabeth Hurley The Newest Woman of Marvel! Women of Marvel

The Runaways Answer YOUR Questions About Season 3!