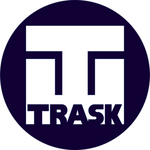 The Mark X was a Sentinel that was created to destroy mutant kind, in fear that they would destroy human kind.

Once Mystique and Rogue's DNA were replicated, The new Sentinels were announced in 2013. By 2023, they took over the world. They began to hunt mutants worldwide and send them to concentration camps to die or become slaves. Eventually they began to hunt anyone with any possibility of passing on the Mutant Gene. This caused massive rebellions which were quickly taken out leaving the worst of humanity left in charge and what remained of the mutant race to fight for survival.

The Sentinels found Bishop, Kitty Pryde, Warpath, Blink, Sunspot Colossus, and Iceman in Moscow. They tried to surprise them but Warpath detected them and alerted the others. As they drilled through, the X-Men and Free Mutants prepared to fight as Kitty and Bishop ran to the vault. The mutants fought bravely but were slaughtered. Kitty sent Bishop's consciousness back in time a few days previous so he could warn them about going to Moscow and prevented their deaths.

The Sentinels later cornered the mutants at a Chinese Monastery. Magneto and Storm took most of them out but many still remained and attacked them, killing them all. They go to kill Xavier and Kitty, but Logan successfully altered the timeline, stopping the Mark X Sentinels from ever being created.

Retrieved from "https://marvel-movies.fandom.com/wiki/Sentinel_(Mark_X)?oldid=257528"
Community content is available under CC-BY-SA unless otherwise noted.