Marvel Movies
Register
Don't have an account?
Sign In
Advertisement
in: Earth-91233 characters, What If...? characters, Villains,
and 5 more

"How many nights did we sit in the Sanctum Sanctorum, Time Stone in the palm of our hand, knowing we could go back, gathering the courage? Well, I had the courage. I spent centuries, sacrificed everything for Christine."
―Doctor Strange[src]

Stephen Strange was a doctor who became the Sorcerer Supreme. After altering an absolute point, he accidentally destroyed his universe.

"What If... Doctor Strange Lost His Heart Instead of His Hands?"

"What If... Doctor Strange Lost His Heart Instead of His Hands?" 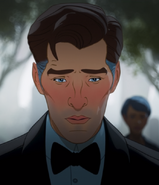 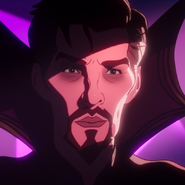