"One down, five to go."
―The Collector regarding the Infinity Stones[src]

Taneleer Tivan, also known as the Collector, is one of the Elders of the Universe.

Sif and Volstagg bring the Aether to the intergalactic museum of the Collector. He utters the phrase "One down, five to go", speaking of the Infinity Stones.

The Collector hires Gamora to take the Orb.

The Collector meets Gamora in his museum in Knowhere, who is in the company of criminals Star-Lord, Drax the Destroyer, Rocket Raccoon, and Groot. Giving him the Orb, Tivan started to give a cryptic analysis of the object, explaining its possible origins and even giving a display of its power. Before Tivan's demonstration could go any further, however, the museum was attacked by the Kree warrior Ronan, who had been hired by Thanos to steal the Orb. In the ensuing battle, his assistant, Carina, intending to use the opportunity to free herself from Tivan, made a mad dash for the Orb and attempted to retrieve it, but right as she touched it, it unleashed a massive pulse of cosmic energy that destroyed most of Tivan's collection. Tivan survived the destruction and later had a drink with Howard the Duck.

Years after Tivan's encounter with the Guardians of the Galaxy, Thanos ambushed Tivan's museum in his quest to obtain the Reality Stone. After having stolen the stone, which was in the form of the Aether, Thanos solidified the stone and used it to conjure an illusion in which he was torturing the Collector about the whereabouts of the Aether. As the Guardians of the Galaxy arrived, Gamora charged at her adopted father and stabbed him in the neck, "killing" him, followed by an astonished Tivan applauding Gamora for her victory. Immediately after, Thanos dropped the facade and revealed the true status of Knowhere- burning in flames- as Tivan's illusion disappeared.

Taneleer revealed to be a cruel employer who keeps his assistants like slaves, having locked up one in a glass cage as a punishment for displeasing him which is also meant to deter the other one from doing so. He has a vast knowledge and comprehension of the advanced science and technology of numerous alien worlds, as well as a collection of devices and artifacts from those worlds.

Among his collection are rare aliens from many time periods and different worlds, in one of his boxes, is a Dark Elf, Cosmo the Spacedog and Howard the Duck. 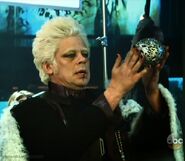 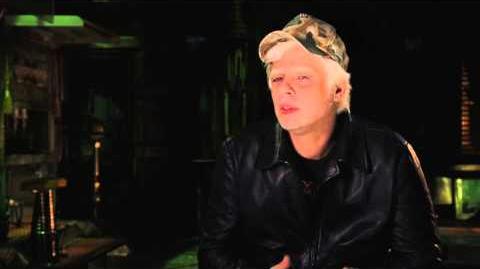 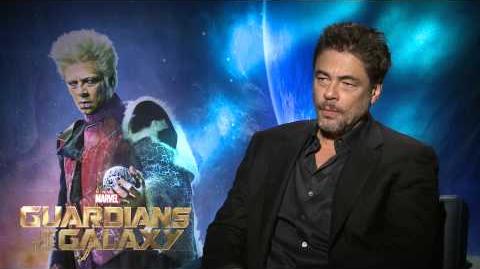