In a flashback, Richard Parker records a video message in an attempt to explain himself before his disappearance. Along with Mary Parker, he boards a flight that is hijacked by a man sent to kill him. He thwarts the attempt on his life but the pilot loses control of the plane.

In the present day, Spider-Man is in pursuit of the Russian mob carrying a truck full of dangerous chemicals through the city. Whilst talking to Gwen Stacy on the phone, he sees a vision of her late father, Captain Stacy, and is reminded of the promise he made to stay away from Gwen. During the chase, he saves the life of a man named Max Dillon and stops the gangsters including Aleksei Sytsevich. Afterwards, Peter meets Gwen at their high school graduation ceremony where the two share a kiss. However, later in the evening, Peter tells Gwen about the visions he's been having and insists that he needs to keep his promise. Gwen breaks up with Peter.

After years of being away from the city, Harry Osborn returns as the heir to Oscorp Industries and talks with his father, Norman, who is in very poor health. Norman explains to Harry that the illness is genetic and that Harry is at the age where it will begin to show. Before he dies, he gives Harry a small device which he claims contains his life's work. The next day, it is reported that Norman Osborn has passed away, making Harry Osborn CEO of Oscorp. Upon hearing the news, Peter Parker visits Harry and the two are revealed to have been childhood friends.

Max Dillon, now assuming that he and Spider-Man are best friends, attends work on his birthday as an electrician at Oscorp. Whilst tending to some maintenance, he loses his balance and falls into a tank of electric eels being used for experiments. As a result, he becomes a human mass of electricity. Meanwhile, Peter meets Gwen in attempt to maintain a friendship, and Gwen tells Peter that a job opportunity means she has to move to England. Before the two can discuss it, Max accidentally shuts off the power to Times Square whilst looking for electricity to power himself. Spider-Man attempts to calm the situation down but after the police try to shoot him, Max thinks that Spider-Man has betrayed him and attacks. Spider-Man eventually stops him and he is taken to Ravencroft Institute to be tested on.

Harry begins to show symptoms of his illness and uses the device his father gave him to deduce that Spider-Man's blood could help save him. He asks Peter for help finding him but Peter refuses, unsure of what effects the transfusion would have. Parker visits Harry again, this time as Spider-Man, but again refuses. Afterwards, Harry is framed by members of the Oscorp board for covering up the accident involving Max Dillon, now known as Electro. and removed from his position as CEO. Harry's assistant, Felicia Hardy, informs Harry of equipment kept off the books that could help him, and Harry makes a deal with Electro to get him back in to the Oscorp building. Once in, he finds a suit of armor and other equipment made by his father and bio-weapons found by Richard that they called "symbiotes".

Peter uses information left behind by his father to to locate the video message Richard left. In it, Richard explains that he had to leave New York because he wasn't willing to go along with Norman Osborn's plans to use what they had created for biological weapons. Peter then receives a voicemail message from Gwen, telling him that she was offered the job in England and was heading to the airport to fly there earlier than expected. Peter manages to catch her and professes his love for her, and the two agree to go to England together. They are interrupted by a blackout caused by Electro, who Peter heads off to fight. Gwen eventually follows, against Peter's demands, and the two are able to defeat Electro by overloading his electricity supply. Just after they do so, Harry Osborn arrives, now as the Green Goblin, and tells Spider-Man that he knows his identity and that he wants revenge for being refused the life saving blood transfusion. The two fight at the top of a clock tower, and Spider-Man manages to subdue the Goblin. However, during the fight, Gwen falls and is supported by a web connected to one of the gears. The gears gives way and Gwen again falls, only this time Spider-Man is tragically unable to save her. Harry was sent to Ravencroft.

Months pass and Spider-Man is nowhere to be seen in New York, as Peter spends every day at Gwen's grave. Meanwhile, Harry Osborn is visited by the Gentleman who tells him that they have found a man suitable of operating a large suit of armor developed by Oscorp. The man is Aleksei Sytsevich who uses the armor to become The Rhino and attack the city streets. Peter is inspired by a recording of Gwen's graduation speech and makes his return as Spider-Man to fight Rhino.

Continuity and References to the Amazing Spider-Man Universe

The film was shot in New York City, New York.

The Rise of Electro. 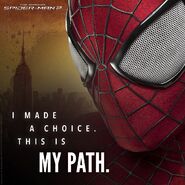 An Oscorp briefcase, hinting to the main storyline. 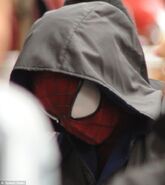 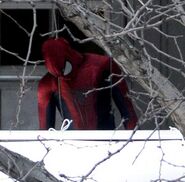 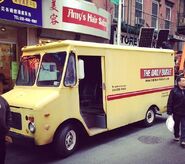 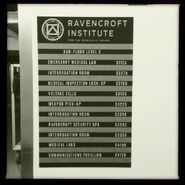 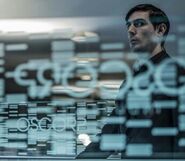 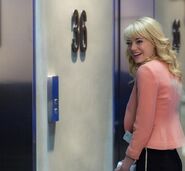 Promotional game cover for X-box One. 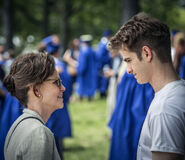 The stunt crew members pose for a picture 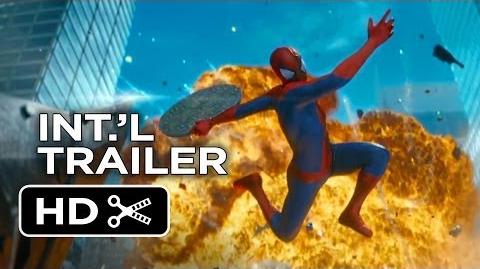 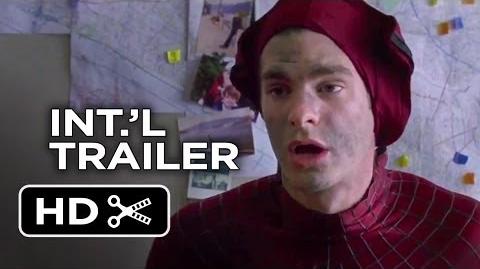 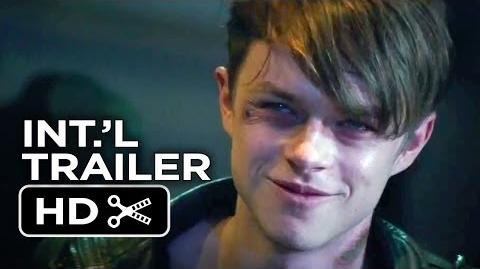 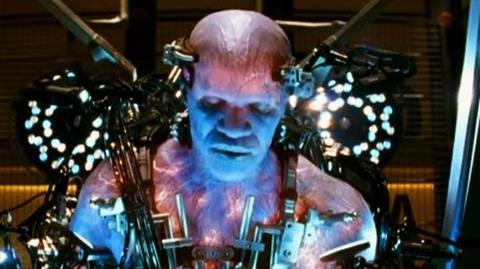 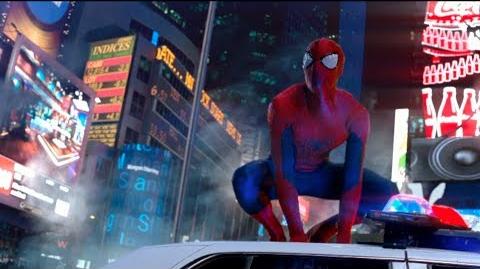 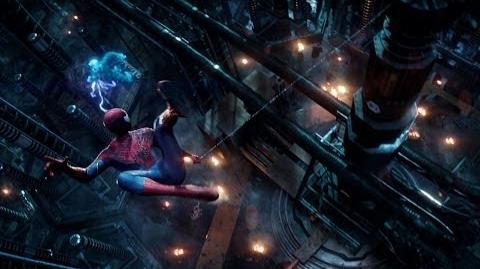 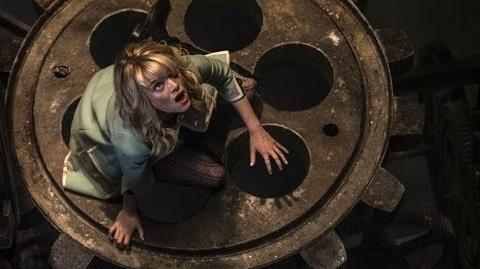 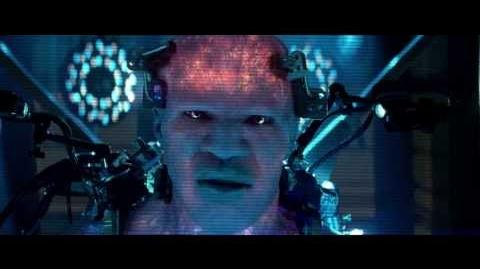 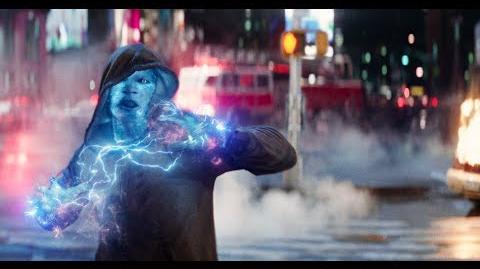 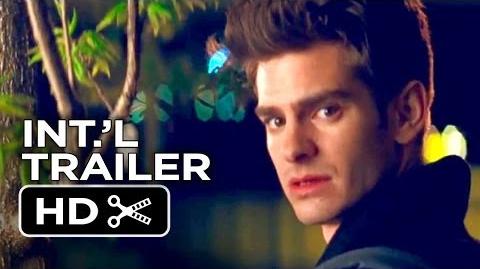 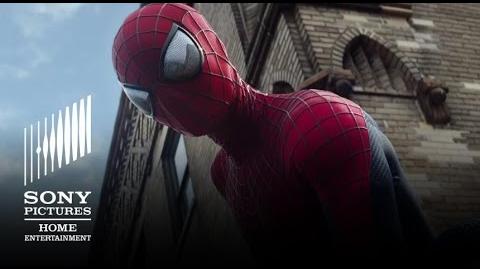 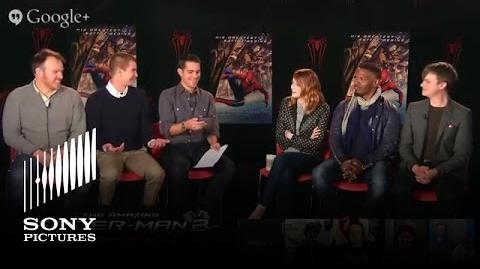 Get Ready for Spidey with Spider-Man Movies on Sale! 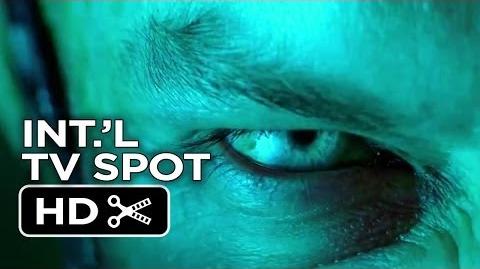 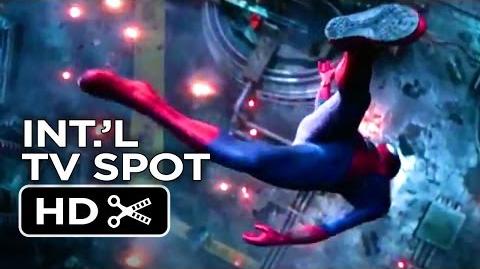 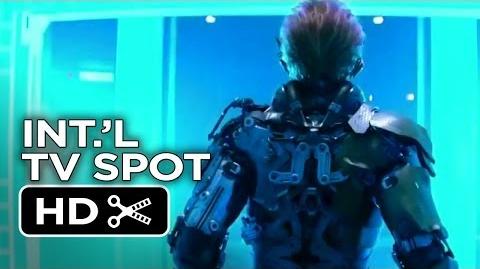 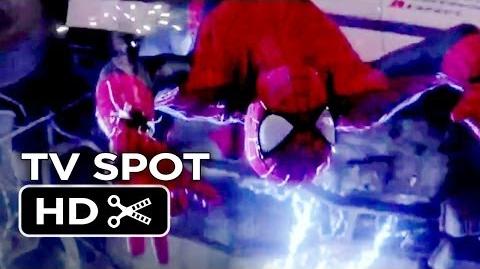 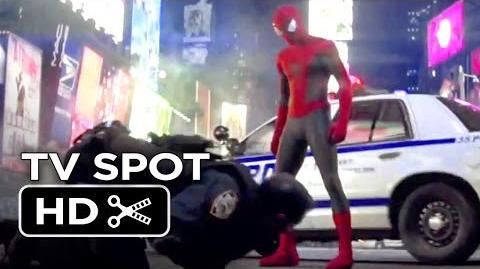