The Falcon and the Winter Soldier is an upcoming Disney+ series that is part of the Marvel Cinematic Universe that follows Sam Wilson and Bucky Barnes. It will air on Disney+ in late 2020.

The Falcon and the Winter Soldier is set in a post-Endgame world in which Sam Wilson and Bucky Barnes will have to face a world without Steve Rogers. The void created by his absence will lead to the government installing their own Captain America, John Walker. Walker would go by the code name the U.S. Agent. The series will also see the return of characters of Helmut Zemo and Sharon Carter. 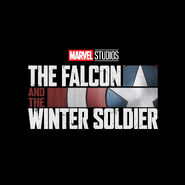 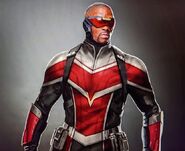 Retrieved from "https://marvel-movies.fandom.com/wiki/The_Falcon_and_the_Winter_Soldier?oldid=275329"
Community content is available under CC-BY-SA unless otherwise noted.