watch 03:27
Wiki Targeted (Entertainment)
Do you like this video?
Play Sound

Theatrical Cut:
124 min.
Extended Cut:
140 min.
The Punisher is a 2004 film, based on the Marvel Comics character, The Punisher. It stars Thomas Jane as Frank Castle and John Travolta as Howard Saint. The film follows Castle surviving the attack and goes on a one man revenge on Saint, the money launderer who orders the death of Castle's entire family. The story and plot of the film is mainly based on the comic books The Punisher: Year One, and Welcome Back, Frank.

Bobby Saint and Micky Duka meet with their contact, Otto Krieg, during an arms deal in Tampa, but the FBI intervenes and Bobby and Otto are supposedly killed and Micky is taken to prison. It is revealed that Otto Krieg was an FBI agent and ex-Delta Force soldier named Frank Castle, who was shot by an agent using blanks. Shortly thereafter, Frank celebrates a retirement party with his friends and heads home. Bobby Saint is revealed to be the son of the powerful mob boss, Howard Saint, who is enraged by the death of his son and attempts to kill Micky. Instead, Howard and his associate, Quentin Glass, bribe the FBI for confidential information about Otto Krieg and find his true identity. At Bobby's funeral, Howard learns Frank is at a family reunion in Puerto Rico and will be heading for London soon. Howard and his wife, Livia, decide to murder Frank and his entire family as well.

At the reunion, Howard's cronies, Quentin Glass and John Saint among them, kill most of Frank's family. Frank and his father manage to kill several men. Meanwhile, Frank's wife and son try to escape in a jeep, but they are run over with a truck. Frank is shot three times, but survives and is nursed back to health by a local man named Candelaria. Frank takes refuge in an old tenement building where three young outcasts, Dave, Bumpo, and Joan, live. He starts his own mission of revenge after learning that the police and the FBI have no intention of pursuing the men responsible. In the process, Frank sabotages Saint's money laundering business and severs Saint's partnership with the Cuban mobsters, the Toro Brothers, and starts tailing Livia and Quentin, learning that Quentin is in fact a homosexual, with information from Micky.

Howard realizes that Frank is alive and sends two assassins to kill him. First is Harry Heck, who after a brief car chase, is killed when Frank shoots a ballistic knife into Heck's throat. The second is the Russian, a behemoth who has boiling water thrown in his face, which blinds him long enough for Frank to throw him down the staircase, crushing his head. Moments later, Saint's men arrive, led by Quentin and John. Dave, Joan, and Bumpo hide Frank and refuse to tell Quentin where he is, despite Quentin sadistically pulling Dave's piercings out with a pair of pliers. They leave a man behind to kill Frank when he gets back. Frank leaves the elevator and chops the top of the man's head open with a paper cutter. That night, Frank prepares himself for battle, and manipulates Howard into believing that Quentin and Livia were having an affair by planting one of Livia's earrings on Quentin's bed. Howard, unaware that Quentin is gay, and believing Livia to be capable of cheating on him, kills them both.

Frank then attacks Saint's club, where he wages a one-man war on Saint's entire crew, killing everyone inside, including John. Howard attempts to escape, but Frank catches up with him and shoots him in the stomach. As he writhes in agony, Frank reveals that Quentin and Livia were not having an affair and ties Howard to his fathers old car which goes into a bomb-laden car park, blowing up countless cars and lighting Howard on fire which results in him being burned to death slowly. The destruction and wreckage culminates in the shape of Frank's iconic skull. He leaves and lets Howard burn to death. After his revenge is taken, Frank prepares to kill himself. However, he remembers his wife and decides he will continue his vigilante mission against others who deserve punishment. Before departing on his next mission, he leaves some of Howard's money for Bumpo, Joan, and Dave. In the final scene on the Sunshine Skyway Bridge, Frank delivers a short monologue:

"Those who do evil to others - killers and rapists, psychos and sadists - will come to know me well. Frank Castle is dead. Call me... The Punisher."

The film was shot in Florida. 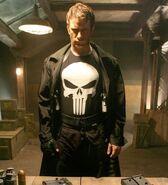 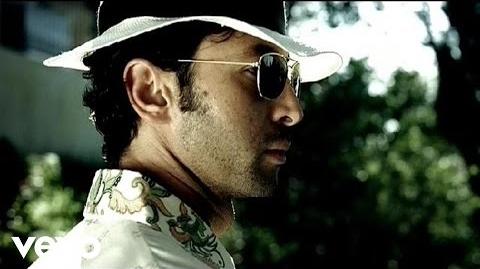 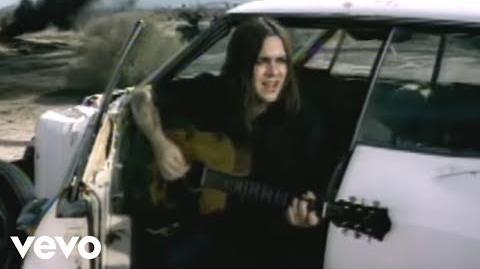 Retrieved from "https://marvel-movies.fandom.com/wiki/The_Punisher_(film)?oldid=290337"
Community content is available under CC-BY-SA unless otherwise noted.