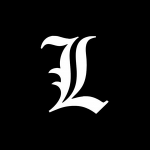 Hi, welcome to Marvel Movies! Thanks for your edit to the Talk:The Avengers (film) page.

Hey there, you seem to be the most activer user on this wiki. Would you like admin rights?

Also, if you haven't noticed i'm doing a bit of refurbushing on the wiki. Would love any thoughts/suggestions from you for improving the main page, skin, etc.

Why have you made a hydra page for the x-men universe hydra don't appear in x men fox don't have the rights to hydra.

Will Tom Felton play Quciksilver, and who else will be Kitty Pryde's actress, will Lockheed appear?

any other confirmation and debunks on X4 rumors?

Hulk Vs. and Thor: Tales of Asgard are part of the same universe so all these articles you've made for them as if they're separate characters is wrong. - Doomlurker 21:26, January 25, 2012 (UTC)

Army Intelligence are the "brains" of the operation. The majority of the characters you have added do not fit this category. Also you keep adding a space in Appearances and actors that turns

What was wrong with Special Forces Personnel? Army Intelligence is definitely the wrong name for them. - Doomlurker 15:43, April 2, 2012 (UTC)

So we'll remove them from Army Intelligence and put them back in Special Forces Personnel? - Doomlurker 16:34, April 3, 2012 (UTC)

Wait for OFFICIAL confirmations before you add information. And when are you going to revert all the stuff you did with Army Intelligence? - Doomlurker 18:48, April 25, 2012 (UTC)

Kick-ass 2: Balls to the wall

Read my previous messages to you again.

"Wait for OFFICIAL confirmations before you add information. And when are you going to revert all the stuff you did with Army Intelligence? - Doomlurker 18:48, April 25, 2012 (UTC)"

IF YOU HAVEN'T GOT INFORMATION ADD To be added. THIS APPLIES TO THE ULTIMATE SPIDER-MAN ARTICLES YOU'RE CREATING. - Doomlurker 16:12, May 22, 2012 (UTC)

guardians of the galaxy /thanos

what makes you think thanos is going to be in guardians of the galaxy? it wouldent make sense if he appeared at the end of avengers and then appeared in a totaly different movie. Pieguy721 (talk) 16:32, September 27, 2012 (UTC)

Can you make edits on Iron Man 3 rumors?

Can you make spoilers about Iron Man 3 rumors?

Can you make edits on Iron Man 3 rumors on spoilers?

Hey, do you think you could check out my blog and maybe leave me a few comments on it? I'd really appreciate it. Thanks :)

That source is false and they state no source themselves. It seems like they've misread his name plate in court as Ben. Stern when it actually says Sen. Stern, short for Senator. - Doomlurker (talk) 15:49, August 22, 2013 (UTC)

Actors and crew and characters with surnames require the DEFAULTSORT Template. So that they are categorized by surname. Considering how long you've been editing here, you should know this. - Doomlurker (talk) 16:11, August 28, 2013 (UTC)

Now as much as I'd like the idea of an explanation FINALLY being given for his absence seeing as how he and Azazel are my two favorite X-Men villains, where does it say he was killed by Project Wideawake? I checked the article and video they only mentioned Azazel and Angel (a.k.a. Tempest), from the sound of things they were the only two killed that year. Was Riptide killed sometime after that or has there still been no word on his fate? Ghostkaiba297 (talk) 05:23, December 1, 2013 (UTC) The article is right here. [1][2] Lg16spears (talk)

OK those are the sites I checked and they only said Azazel and Tempest (a.k.a. Angel). Is there something else on there I missed that says Riptide as well? Ghostkaiba297 (talk) 21:03, December 6, 2013 (UTC)

Agent Carter is a mere rumor. It's not official. The recent news only supports the rumor further

adding information that is not confirmed/grammar

don't add unconfirmed information to the Wikia page. Nathan has not been confirmed as Cosmo, it's only a rumor at this point. Npaproductions (talk) 17:18, June 24, 2014 (UTC)

Yup, it's only a rumor. He could be playing anyone in the film. People have pointed towards him as Cosmo after Gunn shot down the rumor that he's playing NOVA (Richard Rider) Npaproductions (talk) 17:29, June 24, 2014 (UTC)

Mackie and "as to-be-confirmed character"

Mackie has NOT been confirmed by deadline, Variety, The Hollywood Reporter, ect. That source that was put next to his name is unreliable, and goes back to when Mackie first let loose about his desire to be in the Avengers sequel. Also, it should be noted that when you're adding an actor who doesn't have a set character yet is supposed to be written as to-be-confirmed character not "a to-be-confirmed character", it just looks a lot cleaner when you take out the "a". Npaproductions (talk) 21:32, June 30, 2014 (UTC)

I've already posted that info on the Agents of S.H.I.E.L.D. rumors

You've been updating the articles about Jessica Jones and Kerry Washington to say that Kerry Washington is playing Jessica Jones. You should probably put a source for that, because I haven't seen that announced anywhere and it's a pretty big fact to drop with absolutely no backup. Ninja 989 (talk) 00:41, October 16, 2014 (UTC)

Please add Trivia that makes sense for the film. Please make sure you've added trivia that doesn't repeat itself, and please don't add trivia that is useless, like adding every marvel film RDJ or Chris Evans has starred in to mark their "x amount of apperances", it's not needed. Please be mindful of your additions, and please don't repeat yourself when you've added information. Please use proper grammar when you're adding information as well. Also, please add information that has been confirmed, please don't add that Civil War is Chris Evan's last film when it will not be his last film, there's nothing to confirm it, and to my knowledge, it will only be his fifth appearance. His appearance in The Dark World was not counted as an appearance as he did that as a favor to Alan Taylor. Npaproductions (talk) 21:24, December 8, 2014 (UTC)

Guess you're just going to ignore me?

Please read my previous message Sir. You need to stop with these un-needed trivia edits. It's getting tiresome deleting everything you've done that repeats, or does not need to be in the trivia section to begin with. Be mindful of your edits and your grammar when writing. I see that DoomLurker has had this same issue with you regarding other matters. Don't be dumb about what you add. We don't need to know what previous films this actor has been in. Not needed, what so ever. Make smart edits, and don't repeat an edit that's already there. If this gets out of hand any longer I will be talking to DoomLurker about this.

Deadpool page needs things added to it...I am confused. Where should the details of his early life go? In the original timeline, Wade Wilson was a member of Team X. In the new timeline, he was a Special Ops guy who became a mercenary in New York City. We do know that he had travelled the world, though. Should they go under the section of the Deadpool movie or before the section about X-Men Origins: Wolverine? Imperial Wyrm 22:56, February 15, 2016 (UTC)

Have you even seen the series? She's technically not "dead" but she was dug up by The Hand and put in one of those ancient chambers to become an immortal assassin. So she's technically not "deceased". Please watch the series and take notes so you know what you're going to include in these articles. Also, don't forget to not steal any information directly from the Marvel Cinematic Universe Wikia. Thanks pal! Npaproductions (talk) 18:34, March 19, 2016 (UTC)

You're STILL plagurizing information from the MCU Wikkia dude! STOP! Create pages yourself without relying on the Marvel Cinematic Universe Wikia to provide you with information you need man. Create pages and pull from those Wikia's as you see fit to make the pages you create make sense, but PLEASE change your wording... Npaproductions (talk) 01:44, April 25, 2016 (UTC) I haven't. Lg16spears (talk) 01:48, April 25, 2016 (UTC)

I'm sorry, it wasn't your fault. You didn't do all that. It was Mazing_Man. I'm sorry, but still, if you see the information on a new article does not match the template we've set here for our articles then take the time to convert that information to fit our articles. Thanks for reading Npaproductions (talk) 00:36, May 9, 2016 (UTC)

Is there a source for the renewal of Marvel's Agents of S.H.I.E.L.D.?

I need your help to add some biographies, relationships, behind the scenes and trivias on some of the Nick Fury: Agent of S.H.I.E.L.D. characters. They’re on some of the Hardy pages. Can you help me, please? - JohnnySparrow17 21:26, September 6, 2018 (UTC)

Hi! My name is SilverFlight, and I'm the Fandom Wiki Manager for the Marvel Movies Wiki. I am here to help the community and be a liaison to full-time Fandom staff. If you ever have a question or issue relating to the wiki, editing, etc., please contact me on my talk page.

In addition, I'm happy to inform you that Fandom is upgrading its MediaWiki platform to accommodate MediaWiki extensions. You can read more about here on the blog post.

If you have any questions, let me know how I can help.

Can we add S.H.I.E.L.D. Clearance Levels for the agents? Trevor Jaco 0


Cite error: <ref> tags exist, but no <references/> tag was found
Retrieved from "https://marvel-movies.fandom.com/wiki/User_talk:Lg16spears?oldid=248472"
Community content is available under CC-BY-SA unless otherwise noted.