watch 02:26
Venom - Official Trailer
Do you like this video?
Play Sound

Venom is the first film in Sony Pictures Universe of Marvel Characters and based upon the titular anti-hero of the same name which follows Eddie Brock and the Venom symbiote teaming up against Carlton Drake.

While exploring space for new habitable worlds, a space probe belonging to bioengineering corporation Life Foundation discovers four symbiotic lifeforms and brings them back to Earth. One escapes in transit, causing the ship to crash in Malaysia, but the Life Foundation recovers the other three and transports them to their research facility in San Francisco. Its CEO, Carlton Drake, becomes obsessed with bonding symbiotes to humans to prepare humanity for Earth's inevitable ecological collapse, and begins illegally experimenting on vagrants, resulting in numerous deaths – including one of the remaining symbiotes – and attracting the attention of investigative journalist Eddie Brock, who arranges an interview with Drake through his girlfriend Anne Weying, a lawyer affiliated with the Life Foundation. Against instructions, Brock confronts Drake with confidential materials indicating wrongdoing that he stole from Weying's e-mail, leading to them both being fired from their respective jobs and the end of their relationship.

Six months later, Brock is approached by one of Drake's scientists, Dora Skirth, who disagrees with Drake's methods and wants to help Brock expose him. With her aid, Brock breaks into Drake's research facility to acquire evidence from his crimes, in the process learning that an acquaintance of his, Maria, has become one of Drake's subjects. Brock attempts to rescue her, but Maria attacks him and the symbiote possessing her transfers from her body to his, killing her in the process. Brock manages to escape, but soon begins displaying strange symptoms and reaches out to Weying for help. Her new boyfriend, Dr. Dan Lewis, examines Brock, discovering the symbiote and learning that it is vulnerable to noise. Meanwhile, Drake kills Skirth for her betrayal by exposing her to the remaining symbiote, leaving Brock's symbiote as the sole surviving specimen.

Brock is attacked by mercenaries employed by Drake to retrieve the symbiote, but the symbiote takes over his body – transforming him into a monstrous creature – to repel the attackers. Taking shelter at a nearby lighthouse, the symbiote communicates with Brock, introducing itself as "Venom", and persuades him to form an alliance, so that he can experience life through Brock, while Brock gets to enjoy the superhuman attributes the symbiote affords him. Brock uses his newfound abilities to break into his old workplace to turn in evidence of Drake's crimes, but is intercepted by mercenaries on the way out and transforms once again to escape. Weying calls him back to Lewis' office, where Brock learns that the symbiote is slowly rotting his internal organs. Although the symbiote claims it is part of their symbiosis, Brock uses an MRI machine to weaken the symbiote long enough to separate from it, but he is then captured by Drake's men.

At Life Foundation's headquarters, Brock learns that Drake has bonded with the fugitive symbiote, "Riot", and that they are planning to launch a probe into space and bring a legion of symbiotes back to Earth to assimilate the human race. Meanwhile, Weying reluctantly bonds with the symbiote and breaks into the Life Foundation to rescue Brock, transferring the symbiote back to him with a kiss. Brock and Venom merge once again and set out to stop Drake and Riot, battling them on the probe's launch platform. As the probe takes off, Venom manages to damage it, causing it to explode, killing Drake and Riot and foiling their plan. Shortly afterwards, Brock has mended his relationship with Weying and returned to journalism, while secretly working alongside the symbiote to protect the city. In a mid-credits scene, Brock prepares to interview incarcerated serial killer Cletus Kasady.

Continuity and References to the Sony Pictures Universe of Marvel Characters 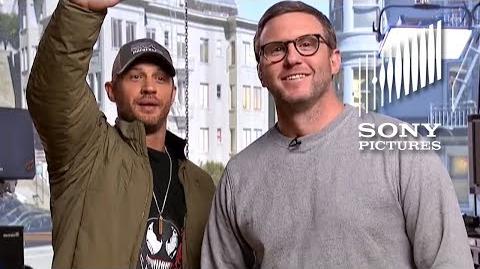 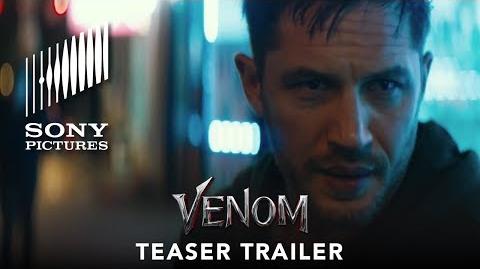 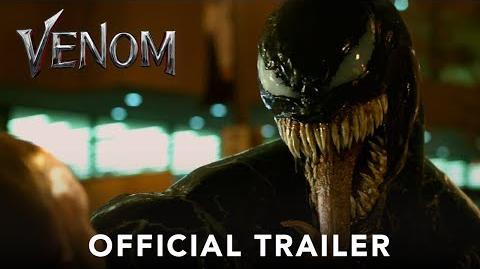 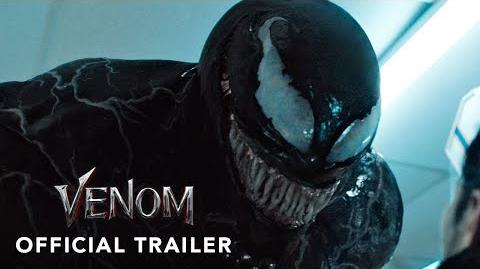 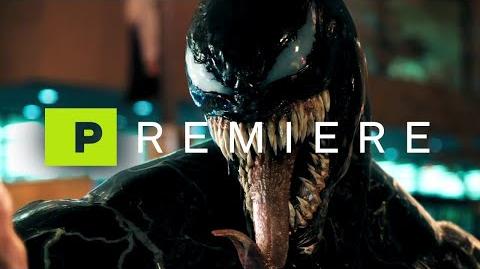 Why Venom's Origin Is Being Reinvented Without Spider-Man - IGN Premiere 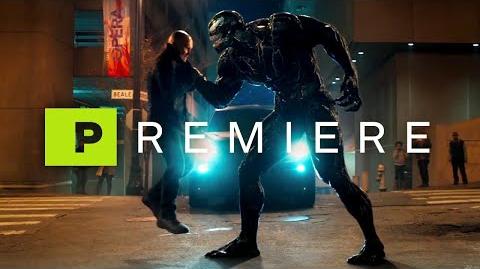 How Tom Hardy Is Bringing Venom to Life - IGN Premiere 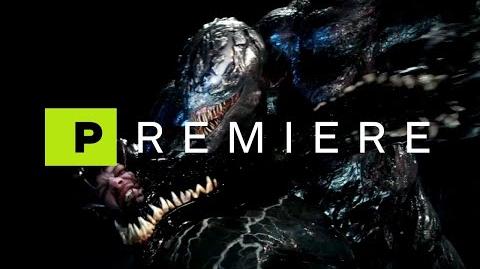 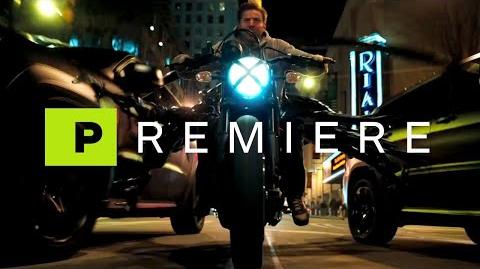 How Venom's Biggest Stunt Scene Was Made - IGN Premiere 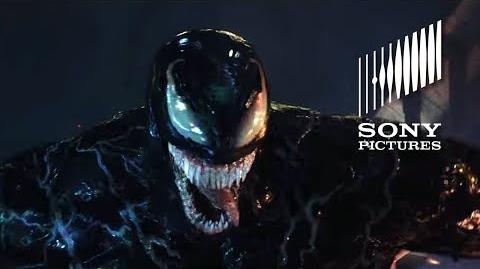 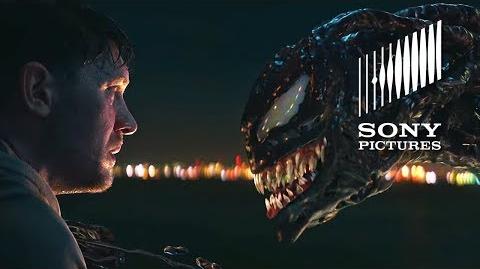 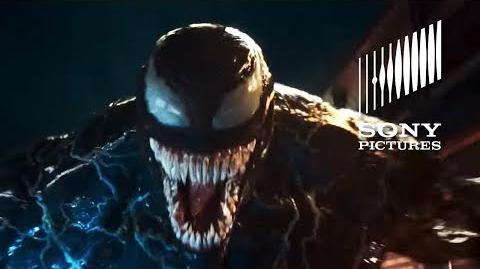 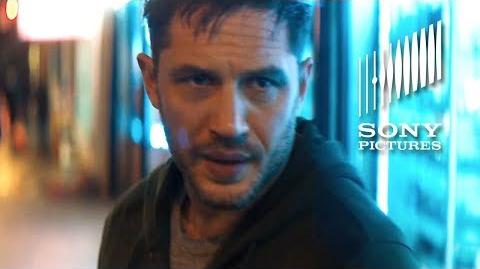 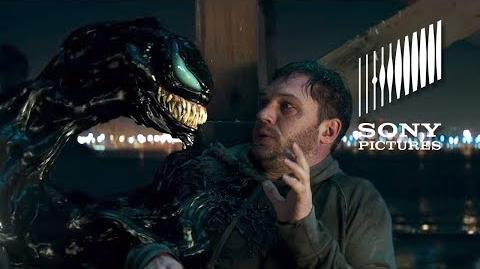 VENOM - The Truth (In Theaters October 5) 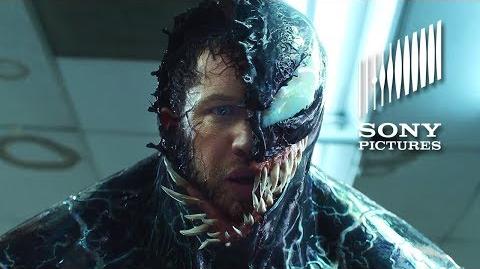 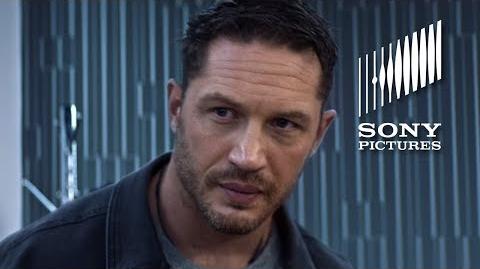 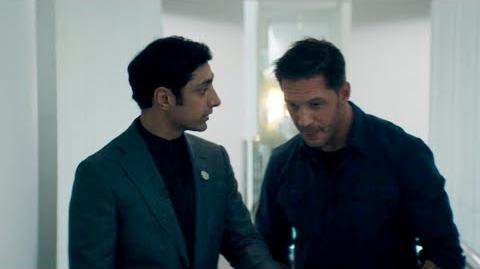 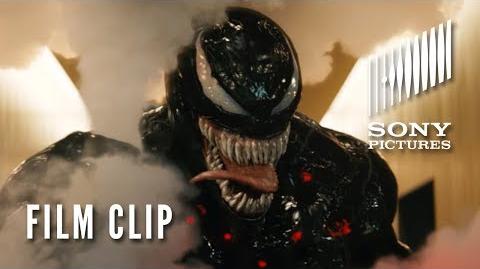 VENOM Clip - To Protect and Serve (In Theaters October 5) 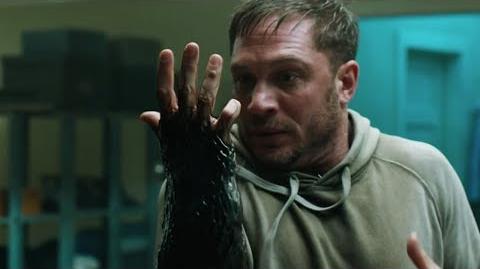 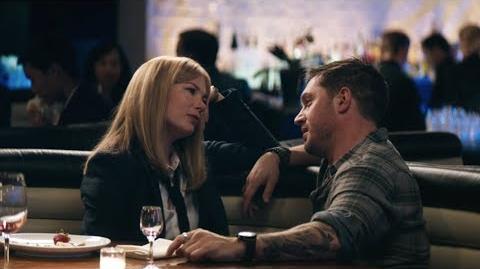 Venom - "We Are Romantic" Clip 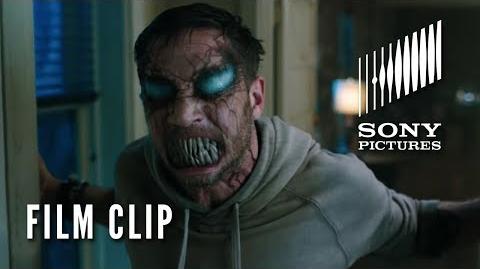 VENOM Clip - Rock Out With Your Brock Out 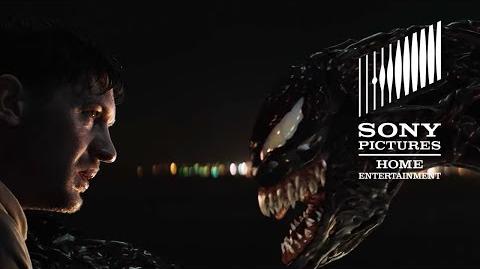 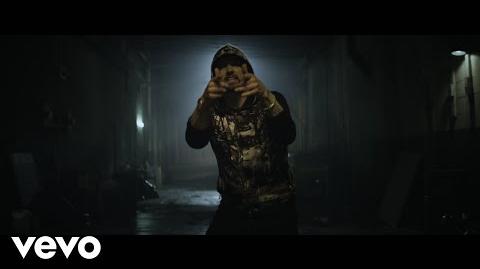 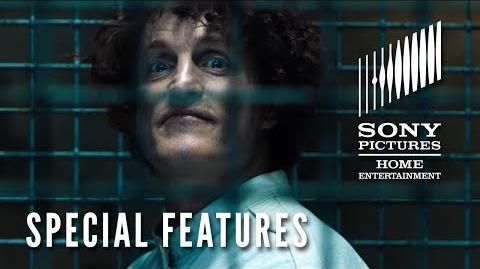 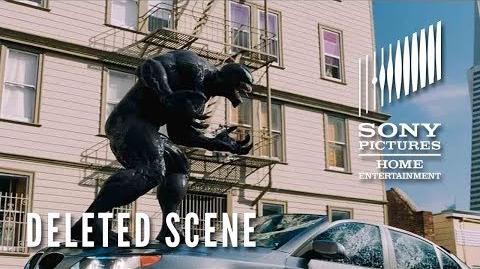 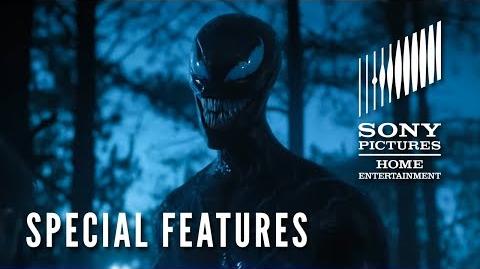 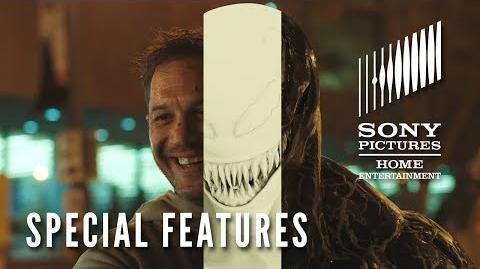 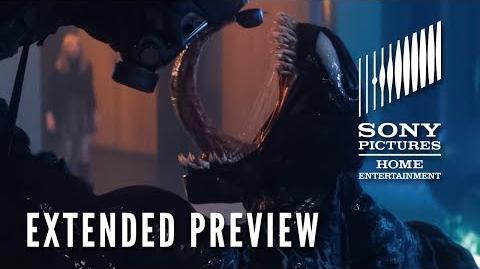 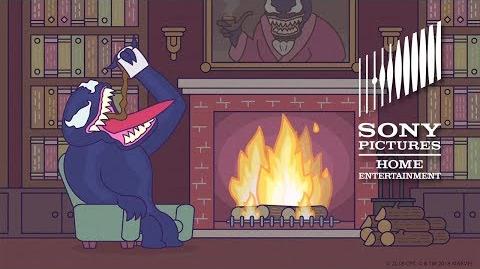 Retrieved from "https://marvel-movies.fandom.com/wiki/Venom_(film)?oldid=267282"
Community content is available under CC-BY-SA unless otherwise noted.