WandaVision is an upcoming Disney+ series that is part of the Marvel Cinematic Universe that follows Avengers member Wanda Maximoff after Avengers: Endgame and will serve as a tie-in to the upcoming Doctor Strange in the Multiverse of Madness. It will air on Disney+ on January 15, 2021.

WandaVision blends the style of classic sitcoms with the Marvel Cinematic Universe in which Wanda Maximoff and Vision, two super-powered beings living their ideal suburban lives, begin to suspect that everything is not as it seems. 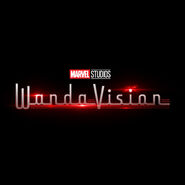 Wanda Maximoff Throughout the MCU (Including Wandavision!)

Retrieved from "https://marvel-movies.fandom.com/wiki/WandaVision?oldid=277760"
Community content is available under CC-BY-SA unless otherwise noted.