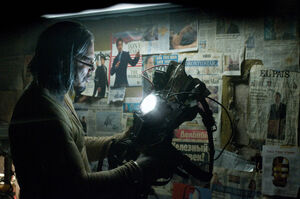 Ivan Vanko creates the Whiplash Mark 1 armor to attempt killing Tony Stark as revenge for what his father, Howard, did to Vanko's father, Anton. As such, it is very basic due to his lack of resources at the time of construction and contains barely any body armor. The armor enhances his strength and in place of repulsors Vanko channelled the ionized plasma into whip-like weapons capable of slicing a Grand Prix race car in half. The exact energy supply generated by Vanko's early RT chest piece cannot be fully evaluated due to the damage done to the device in combat with Tony Stark. Mr. Stark's estimates are that the device generated a moderate of .8 GJ per second. The construction of the whips was crude, but they did employ a unique telescoping capability that responded to the amount of force with which the arm was thrust foward. The exact electrical discharge is unknown, but generated sufficient heat to slice steel almost instantly
Front View 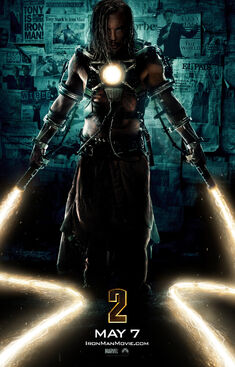 Add a photo to this gallery
Side View 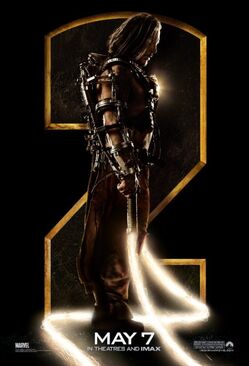 Add a photo to this gallery
Upper Body 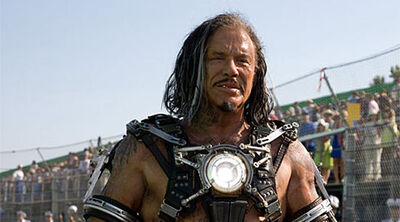 Add a photo to this gallery
In Action

Whips
Add a photo to this gallery
Next: Whiplash armor (Mark 2)
Retrieved from "https://marvel-movies.fandom.com/wiki/Whiplash_Mark_I?oldid=265191"
Community content is available under CC-BY-SA unless otherwise noted.